Marvel Comics covers a lot of space these days. We have the Avengers universe with Captain America and Iron Man, as well as the X-Men universe that includes Deadpool. Not to mention the various characters showing up with Netflix shows that are part of the Avengers universe even though they never interact with the Avengers. It’s a lot to keep track of!

The Marvel Comics wall decals out there come in two different options, usually. We have designs that are taken from the comics and those that come from the movies.

Sets with the various groupings of Marvel Comics characters and universes. I’ve only included those with more than one character here. And these days, those groupings don’t include any from the X-Men universe for some reason. OK – it’s a little weird to say there’s a cartoony version of a comic book character. But these are designs that – while still drawings – aren’t at all like what you’d see in a comic book. The Kawaii style is relatively new. Marvel Team Up Collection
At Fathead.com
Super cartoony from the Avengers universe. Nick Fury gets in the act here Old-school artwork based on the original comics. We do get the X-Men and Fantastic Four groups here. 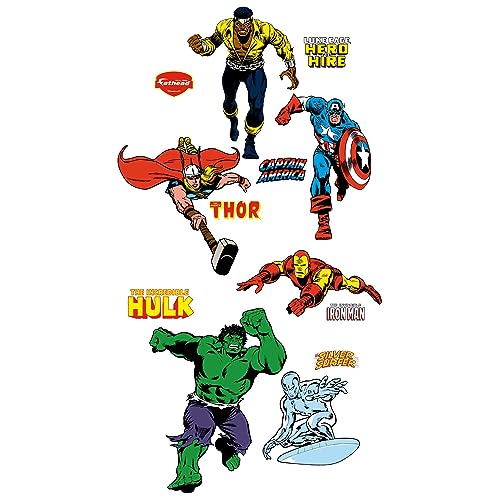 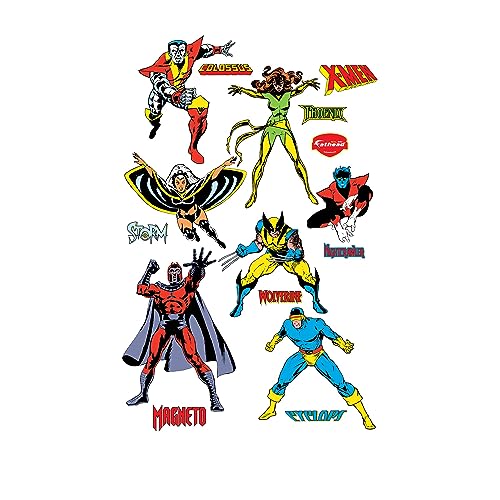 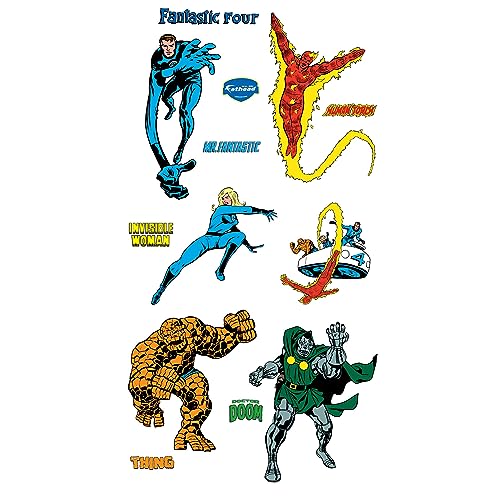 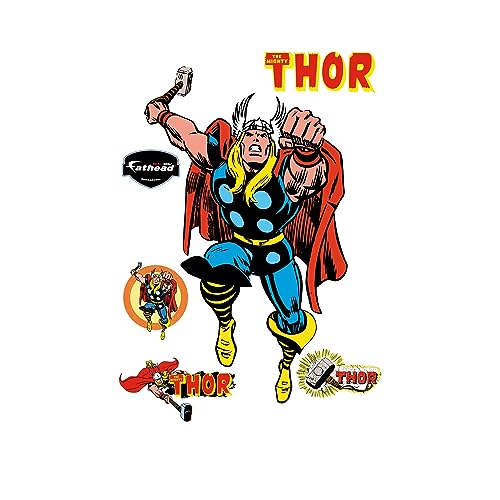 Huge and dramatic ways to add the Marvel characters. 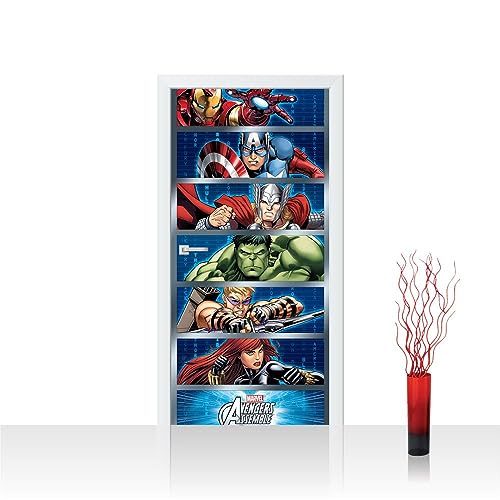 There aren’t enough of these to justify them getting their own pages these days, so here you’ll find some of the individual players like Hulk, Thor, Black Panther and others. 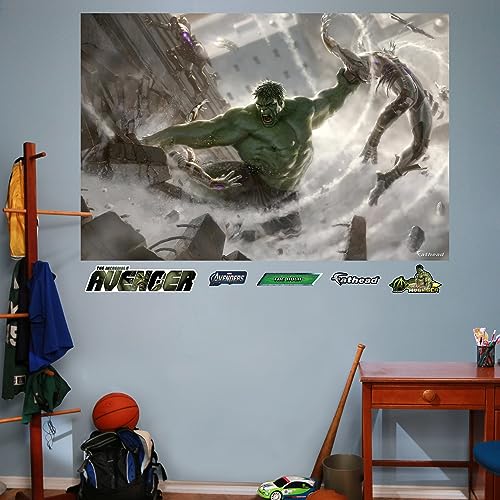 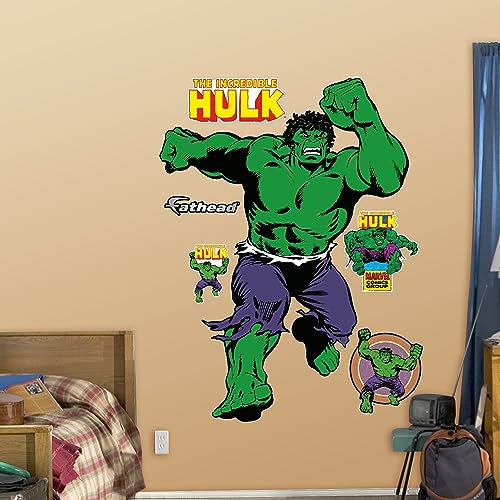 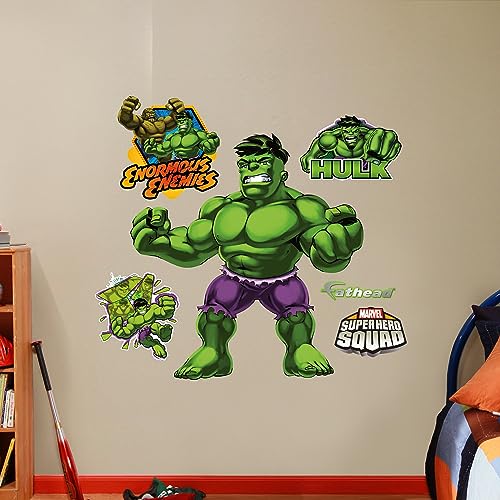 Quite a bit of variation with Iron Man wall decals, thanks to the many recent incarnations of him. You’ll find images from the various movies – including Avengers – as well as bright red and yellow classics from the comics. 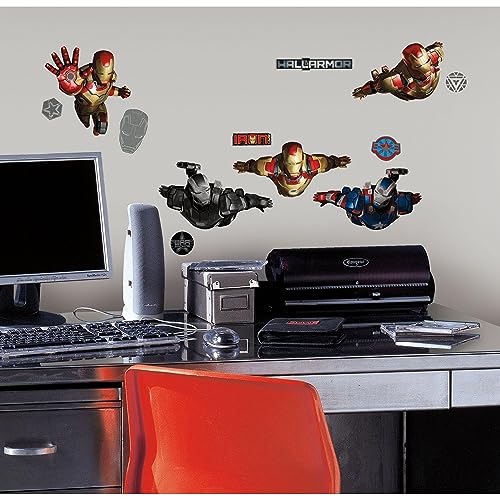 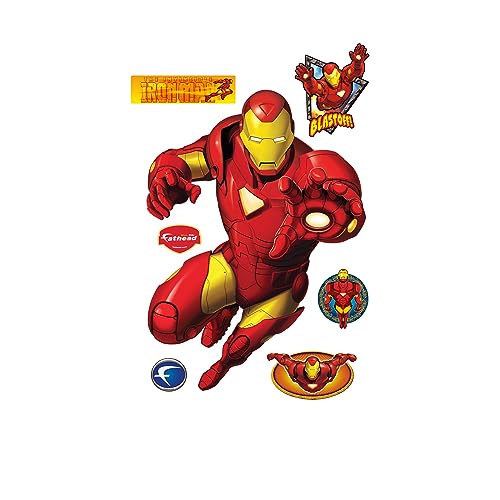 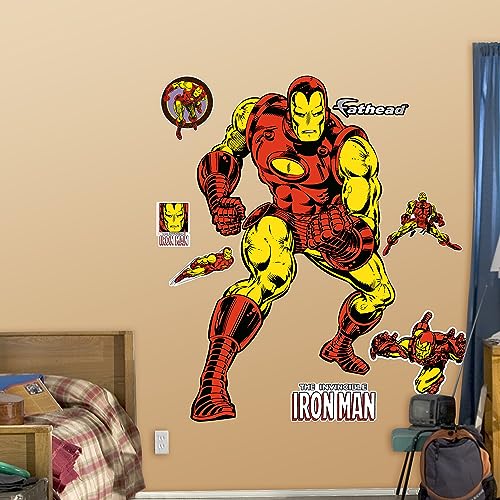