This group of super heroes comes together for a great bedroom

The Avengers have been protecting the world for years, but really hit the big time with the first movie featuring this group of super heroes. Iron Man, Captain America, the Incredible Hulk, Thor, Black Widow and Hawkeye combine their skills to fight off an alien invasion.

Bring them all together in a boy bedroom with The Avengers bedding and decor items. It’s a great way to get all his favorite superheroes in one batch. The Avengers pieces are different from other Marvel bedding because of the specific group of characters included. A lot of Marvel items also have Spiderman or Wolverine in the mix. We’re looking for just Avengers members here.

You’ll notice that there’s a mix of images from the movies and designs based on the comic books. If you want the S.H.I.E.L.D. agents in there, you usually have to go with the movie ones, and even then, there’s no guarantee they’ll be included.

The Avengers Comforter
At Target.com
Reverses to blue with the Avengers logo 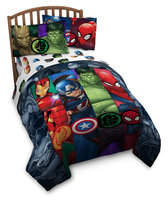 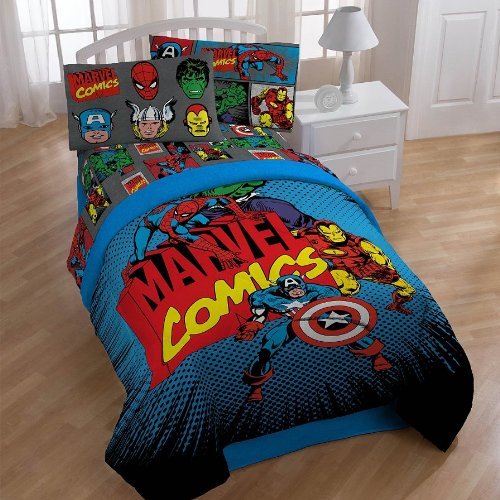 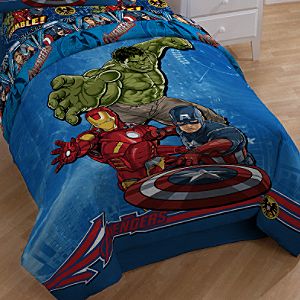 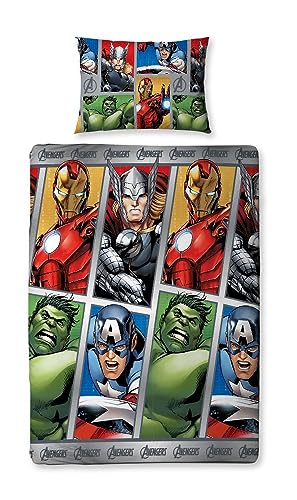 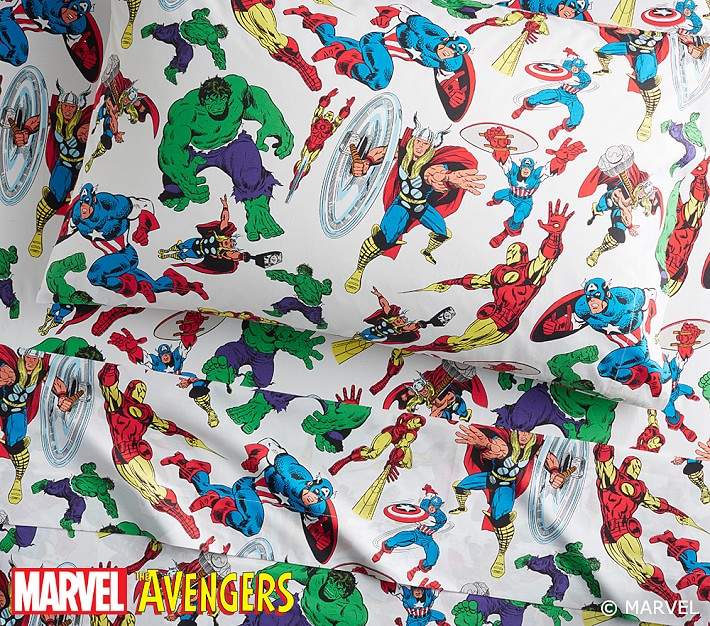 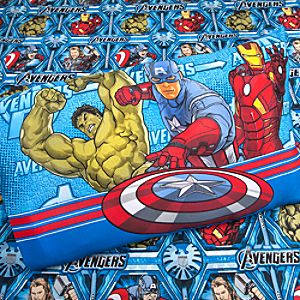 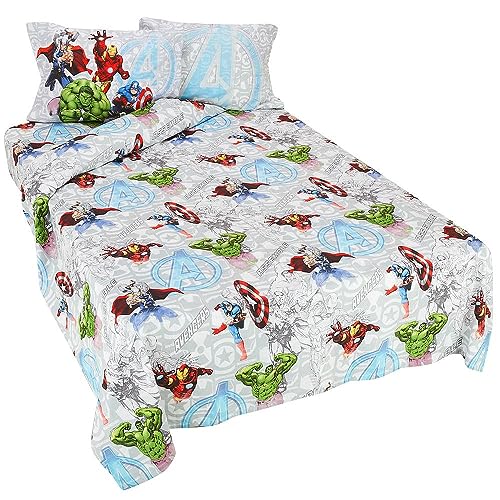 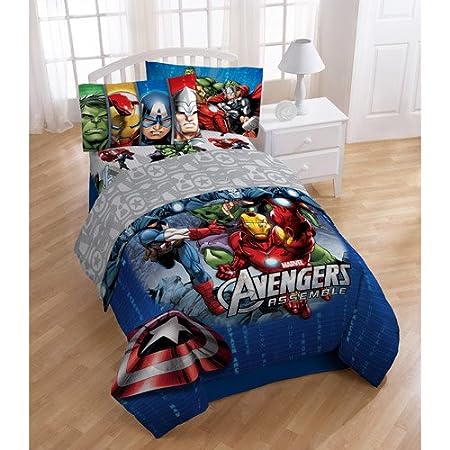 The Avengers Blanket
At Target.com

The Avengers Throw
At Target.com 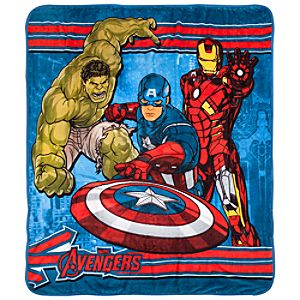 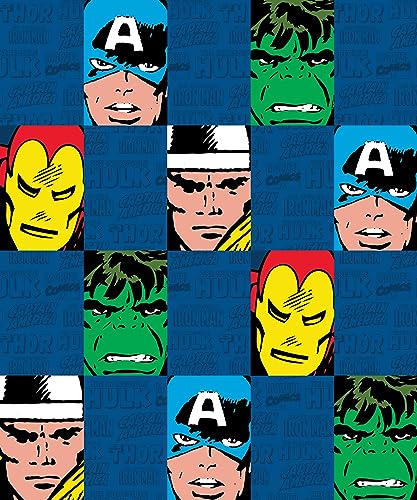 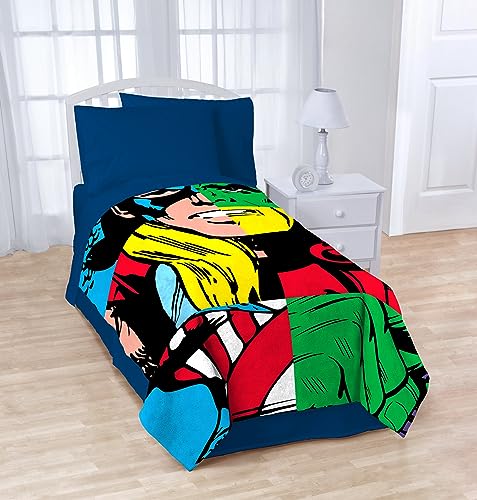