Batman and Gotham City for your child’s bedroom

For a room meant for dark nights, it makes perfect sense to dress it up with the Dark Knight himself – Batman, that is. Create your own Bat Cave with Batman bedding sets and accessories featuring the classic super hero. I’ve gathered not just Batman bedding, but blankets and pillows as well to add just a small touch of Batman mystique.

In the past few years, we’ve started to see more bedding sets, thank goodness. For awhile there, the only things you could find were selling for outrageous pricing because of the limited availability. But we have several new options that are using images from the comics and cartoons more than the movies, bringing in lighter colors and more graphical styles.

If you’re feeling ambitious, you could try your hand at making some Batman bedding. I’ve gathered a few fabric designs to get you started. Handy since the bedding choices have been pretty limited.

Lots of blue and black involved in these bedding sets. And actually, we’ve been moving toward more blue in the last few years, which has the effect of toning down the bedding to be less dark and more fun. (Wait, is the Dark Knight supposed to be fun?)

There’s a bit of purple and green coming in as well with these, and I love the high drama of the designs. Check out the sheet sets farther down the page to find coordinating options, or just pair them with black or blue ones. 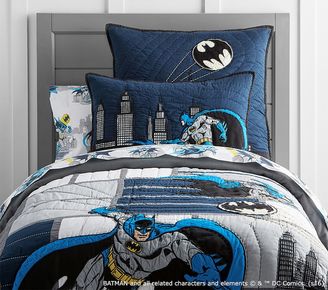 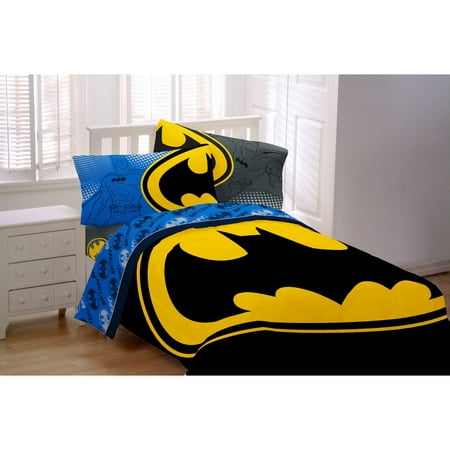 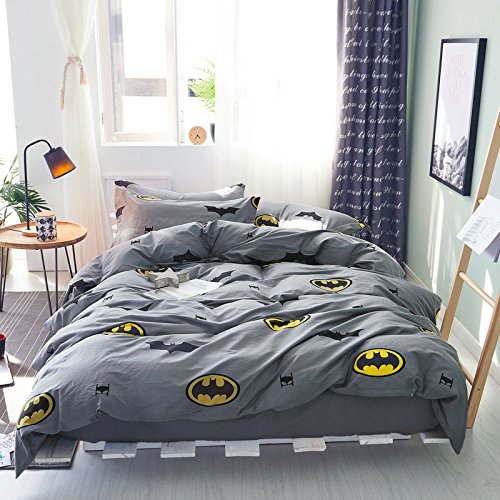 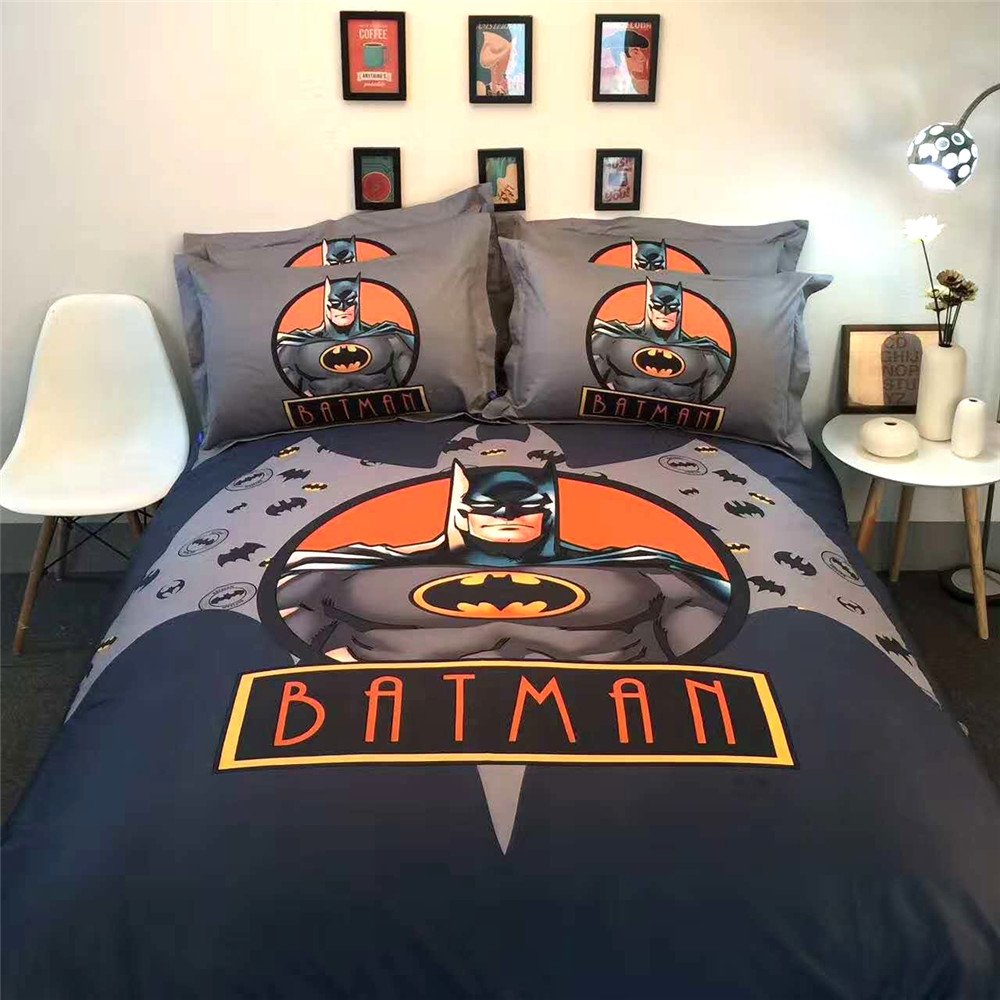 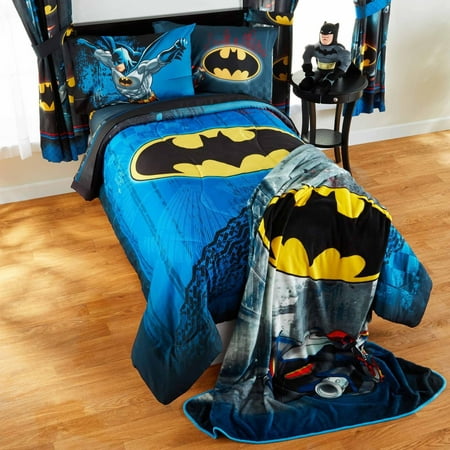 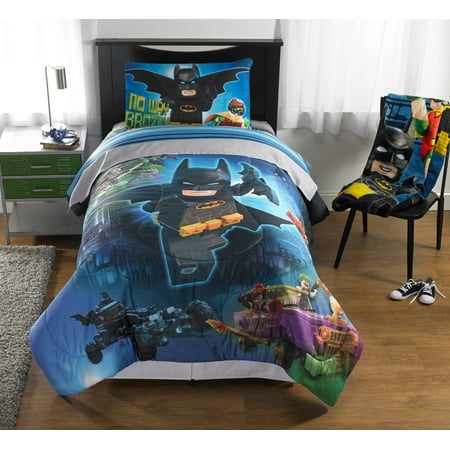 Lego Batman “No Way Brozay” Bed in a Bag Bedding Set
At Walmart.com 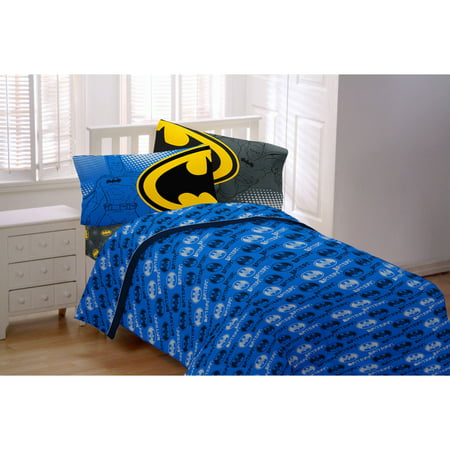 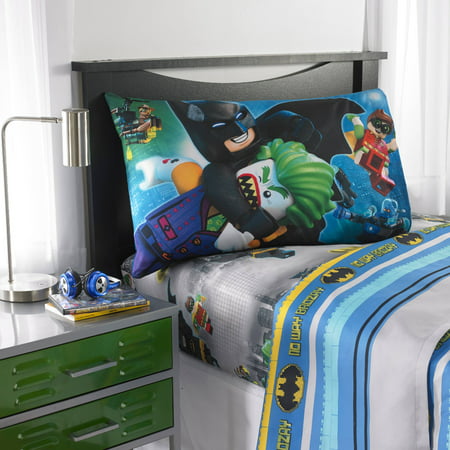 Alternate Bedding for a Batman Room

You don’t have to have Batman on the comforter for the bedding to work in a Batman bedroom. Obvious color choices would be black and blue, although I’ve also pulled out a city skyline duvet that would work great.

Huge benefit to bedding that isn’t Batman specific is you can change the theme around it if your child grows out of Batman. (Or you turn his room into a guest room!) 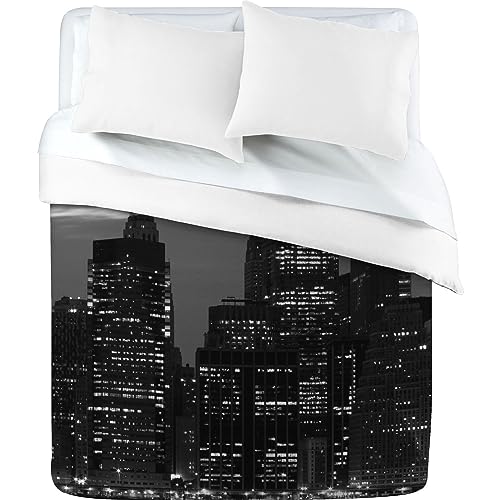 Make Your Own Batman Bedding

Batman bedding has been scare, for sure. So how about making your own? While there aren’t a lot of ready made options out there, there are quite a few fabric options. I found these at fabric.com; they’re just $9-$10 a yard. (And they offer free shipping on orders over $35 and give you a 37″ yard. Nice.) Just a few of the options they had there in cotton and fleece.

Mix and match with each other or bring in black, yellow, blue or gray solids to create your own look.

Back a few years ago when Batman bedding was scarce, I often suggested a Batman blanket as a good alternative to a traditional comforter. These still make a good bed cover and with the pillows for some extra fun. 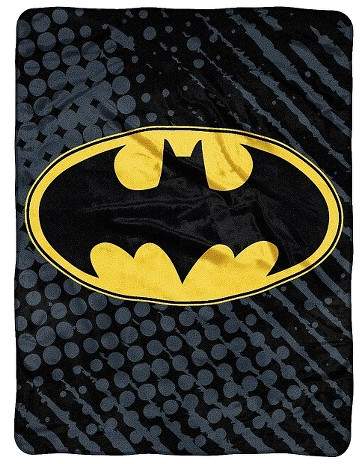 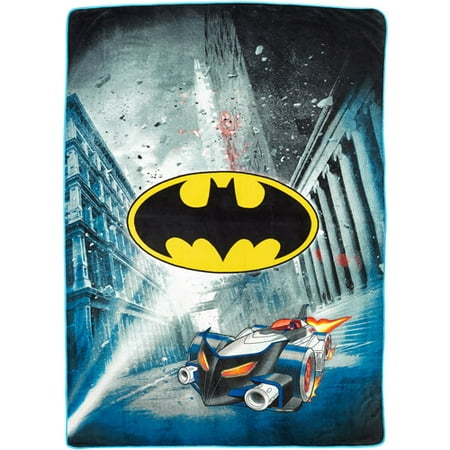 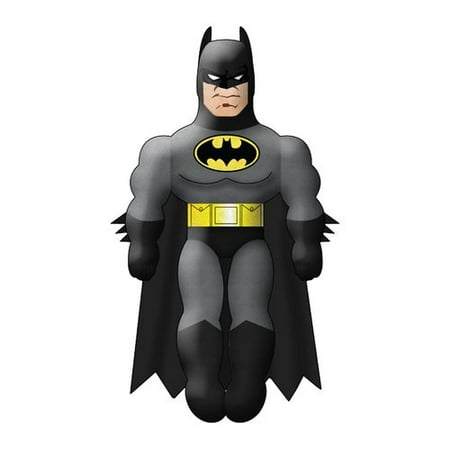 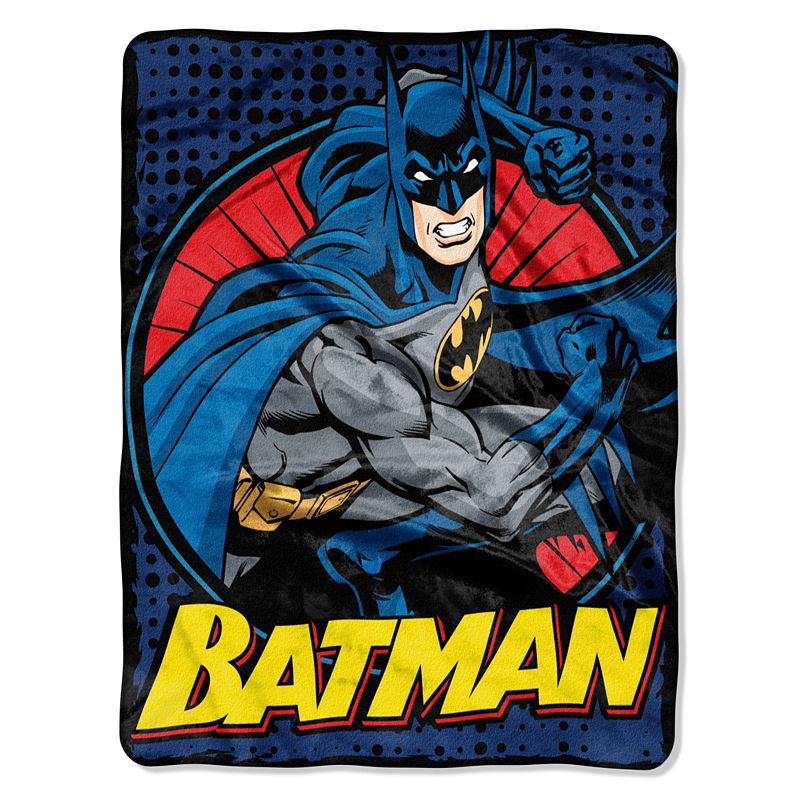 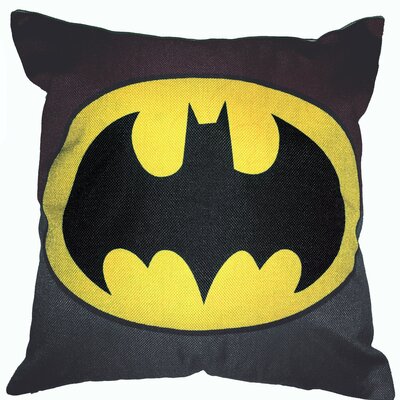 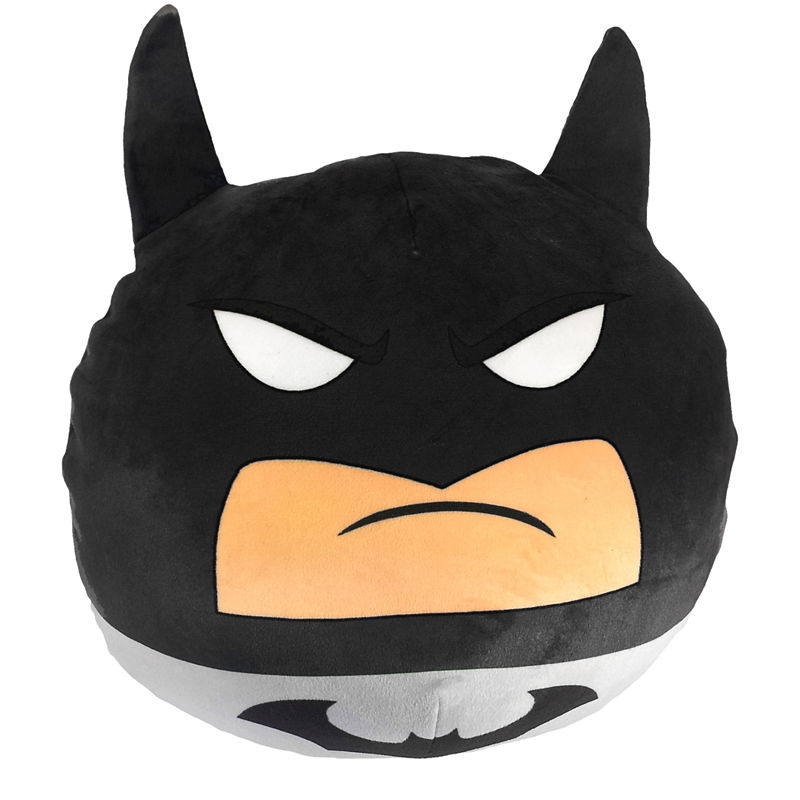 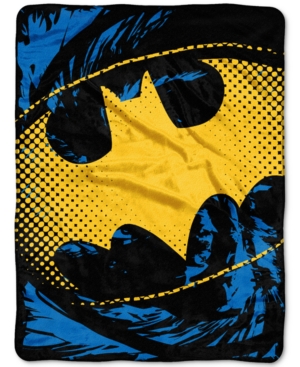 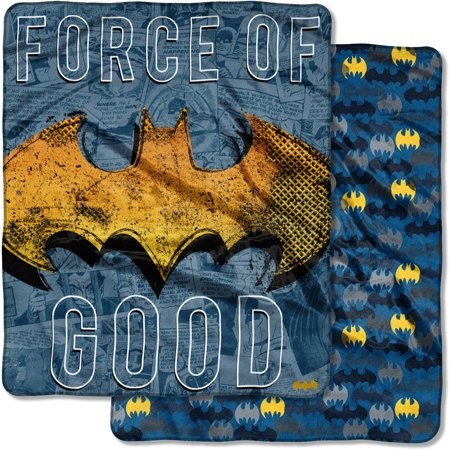 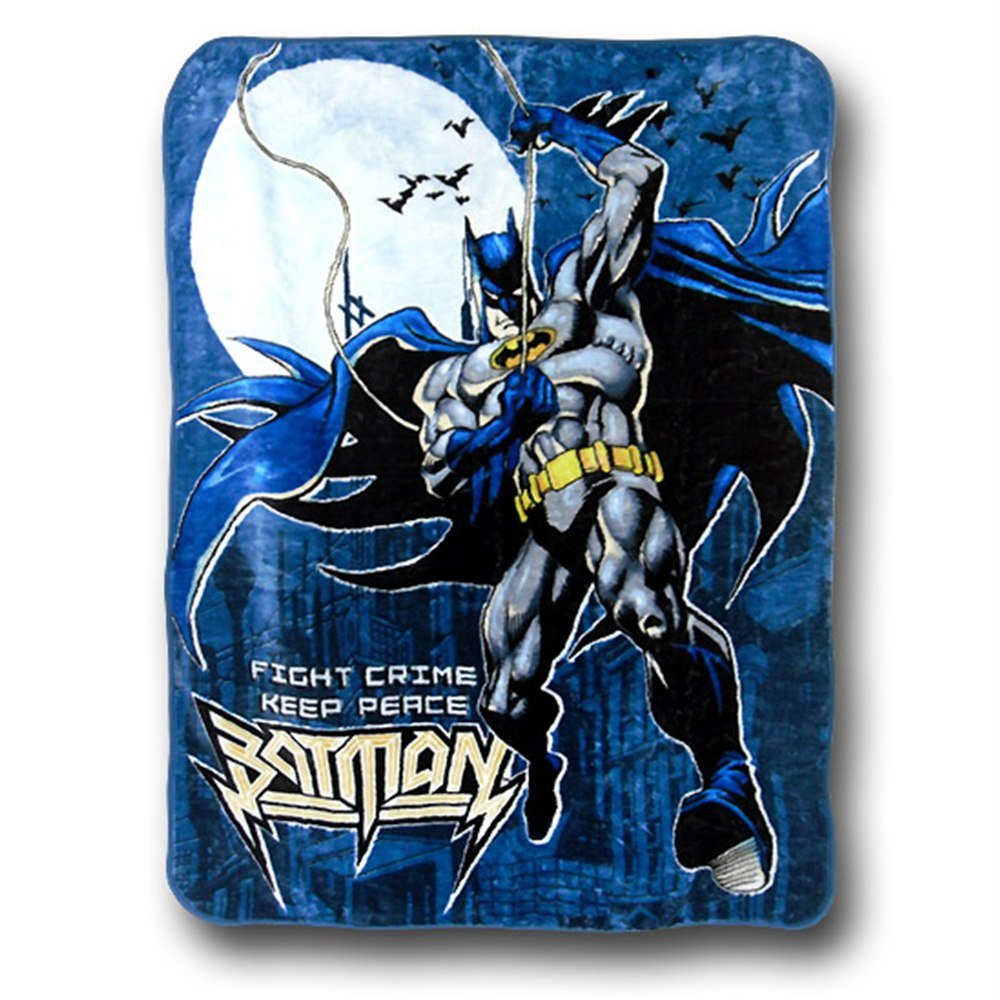 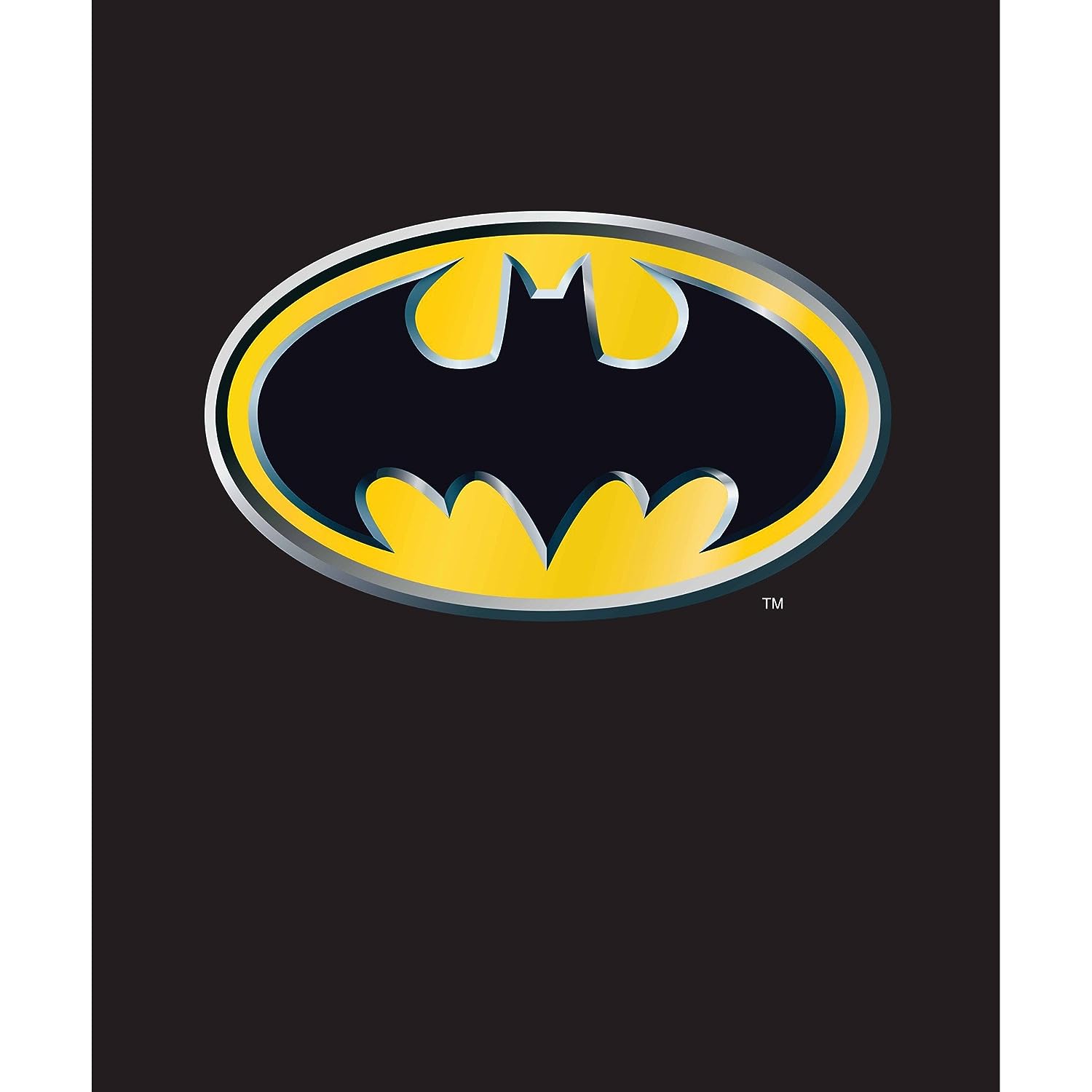 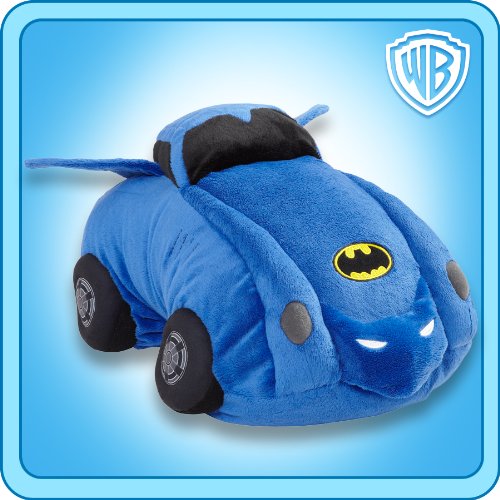