Marvel Bedding – Super Heroes on Call in this Bedroom!

Whether you’re looking for Team Marvel bedding that shows them in full power or Marvel Super Hero Squad bedding with them as kids – we’ve got you covered. Team Marvel features Spider-man, Hulk, Wolverine, Captain America and Iron Man, working together for justice. The pint-sized Super Hero Squad includes those four, but also Thor, the Silver Surfer, Red Falcon and others.

I used to have a couple of Avengers sets on here as well. But with the recent movie and renewed interest in that grouping, I’ve moved them off to their own page as there were just getting to be too many of them.

Either way, find what you need for a Marvel comics bedroom – from comforters and sheets to lights and wall decor. 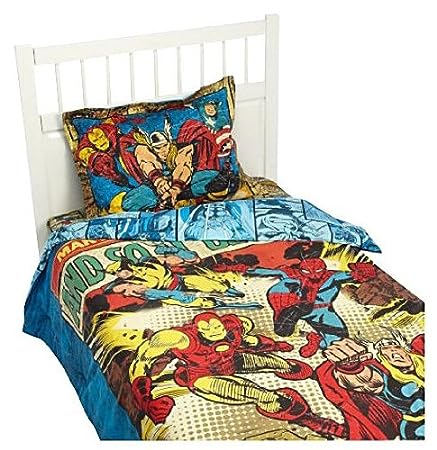 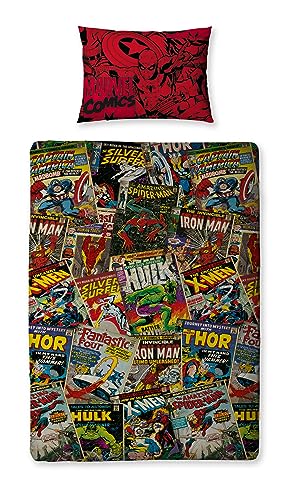 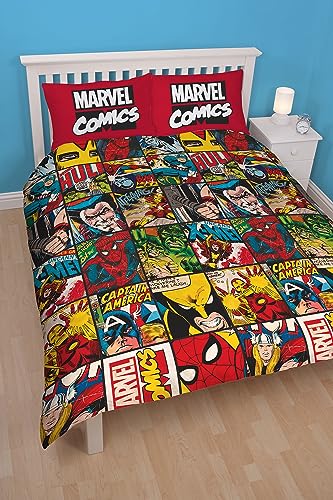 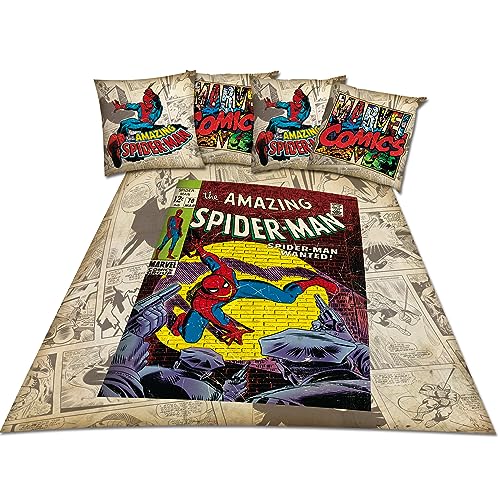 Marvel Thor Blue Sheet Set
At Target.com
Reversible pillowcase says “Smash Hulk” on one side and “Mighty Thor” on the other 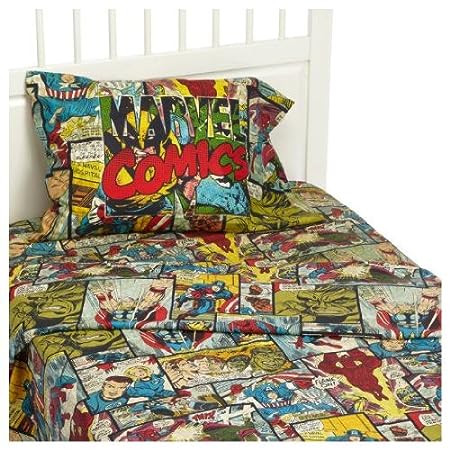 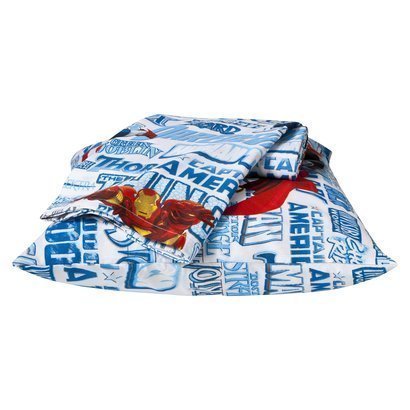 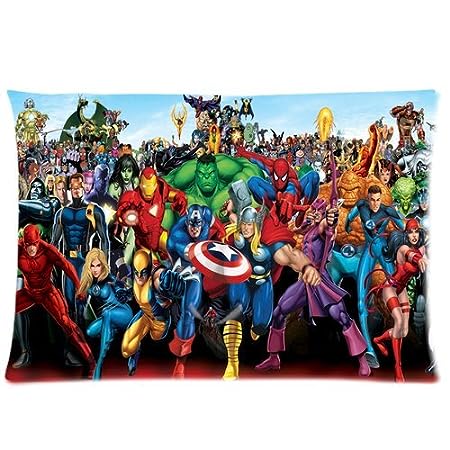 These go back and forth between groups and individuals, depending on what I’ve been able to find. 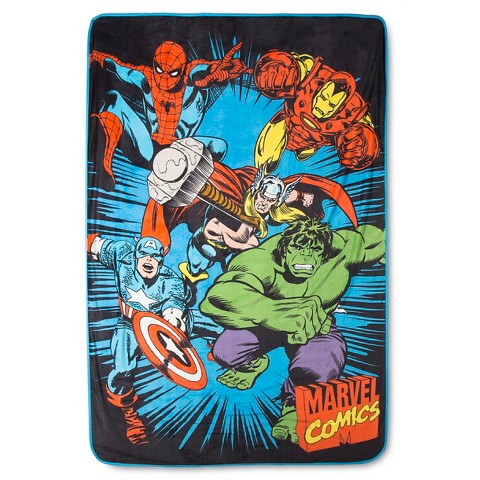 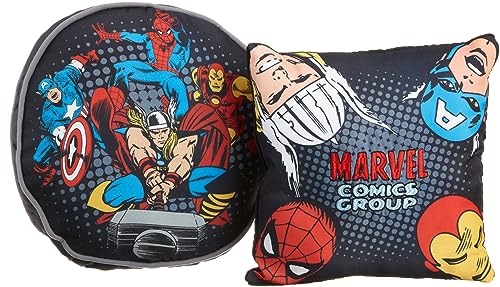 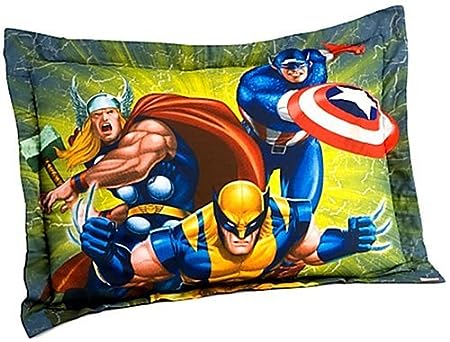 Marvel Heroes Pillow Sham
Originally part of a bedding set, but perfect to toss on a solid comforter

Marvel Heroes Cut Up Decorative Pillow
Technically the Avengers group, but it just says Marvel so adding it here 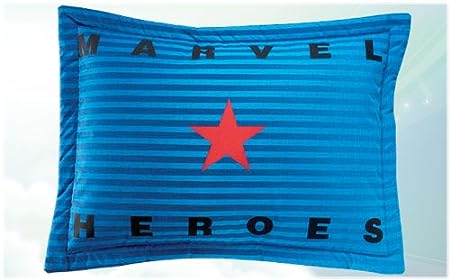 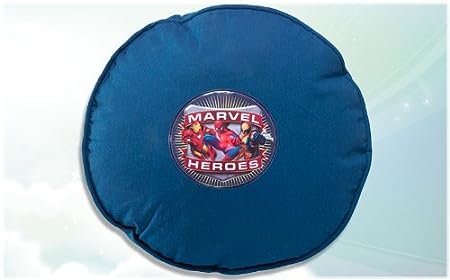 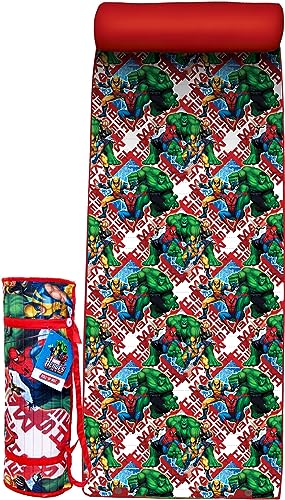 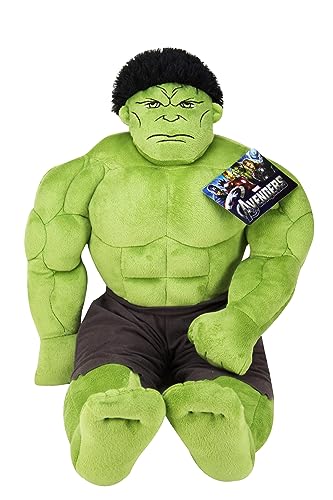