Buck up, soldier! Military camouflage for the bedroom

One thing I discovered in looking at camouflage bedding – there’s a huge world of difference between military and hunting styles. There’s army camo, and then theres 14 different kinds of duck blind camo based on the terrain.

Well, we’re looking just a military camouflage bedding here – good old fashioned camo just like soldiers wear. Ok, maybe not so old-fashioned. After all, military camo has evolved over the years, based just as much on the terrain as hunting camo is.

That means the patterns on the bedding sets featured here might be jungle green or desert sand with large patterns or small. (I know. You thought once you picked camo, you were done with the decisions, right?) The style you pick will be the basis for how you decorate the rest of the room.

Now if you could just get your kid to make their bed and keep their room to military specs, you’d be all set!

When you think military camo, the green, brown and black design is probably what springs to mind. But camouflage has gotten rather sophisticated over the years, with digital camo providing a bit better blending and the color range coming to include more tans and lighter greens. All of which you can find in these bedding sets.

My Room Geo Camo Bed in a Bag
At Walmart.com 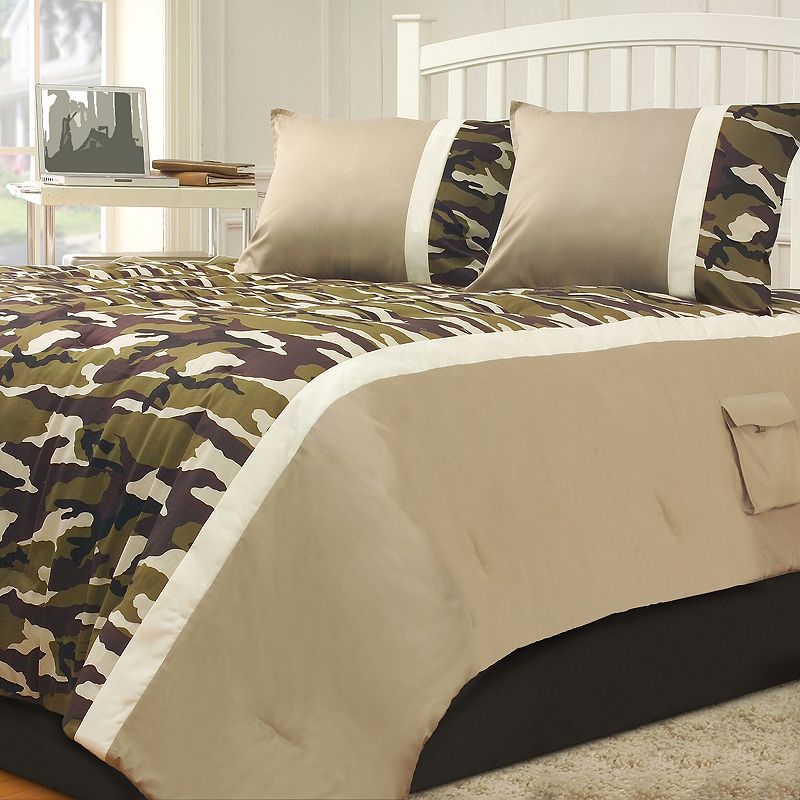 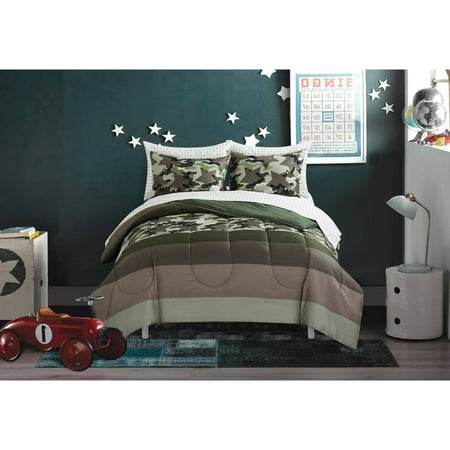 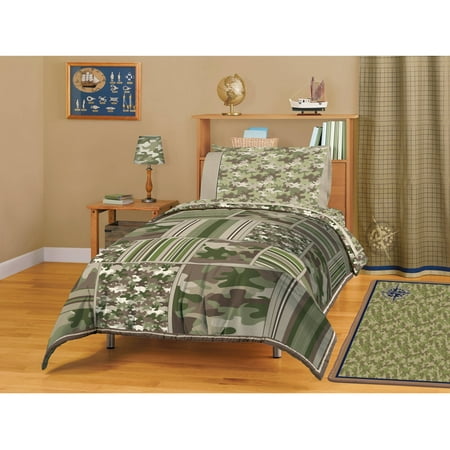 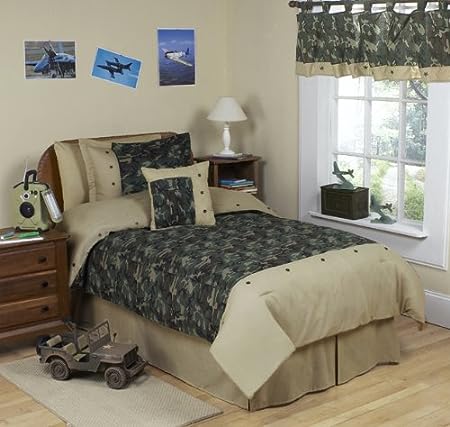 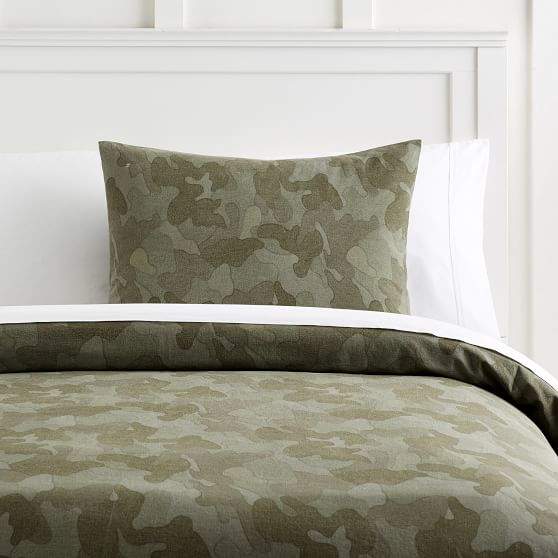 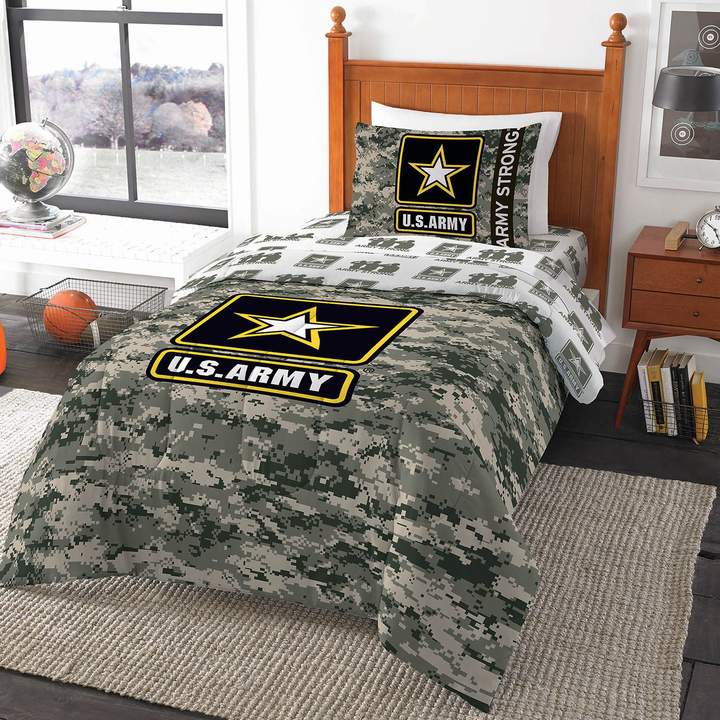 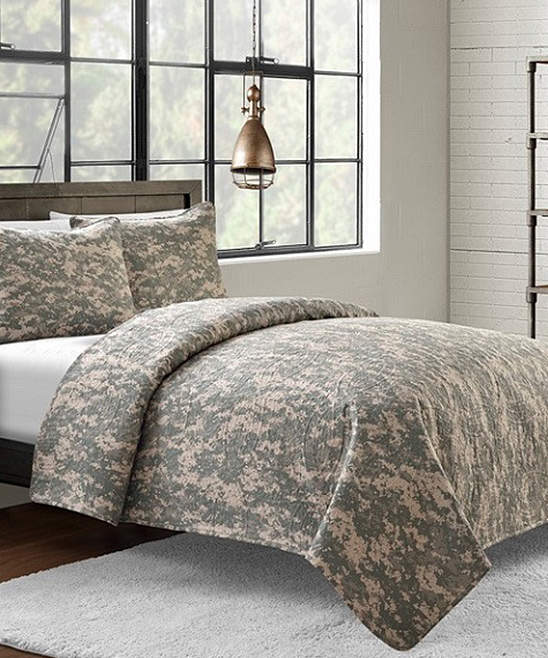 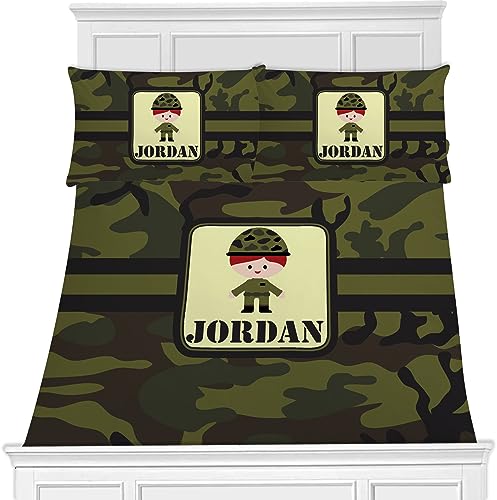 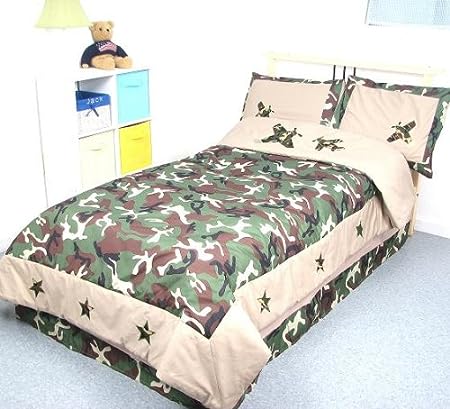 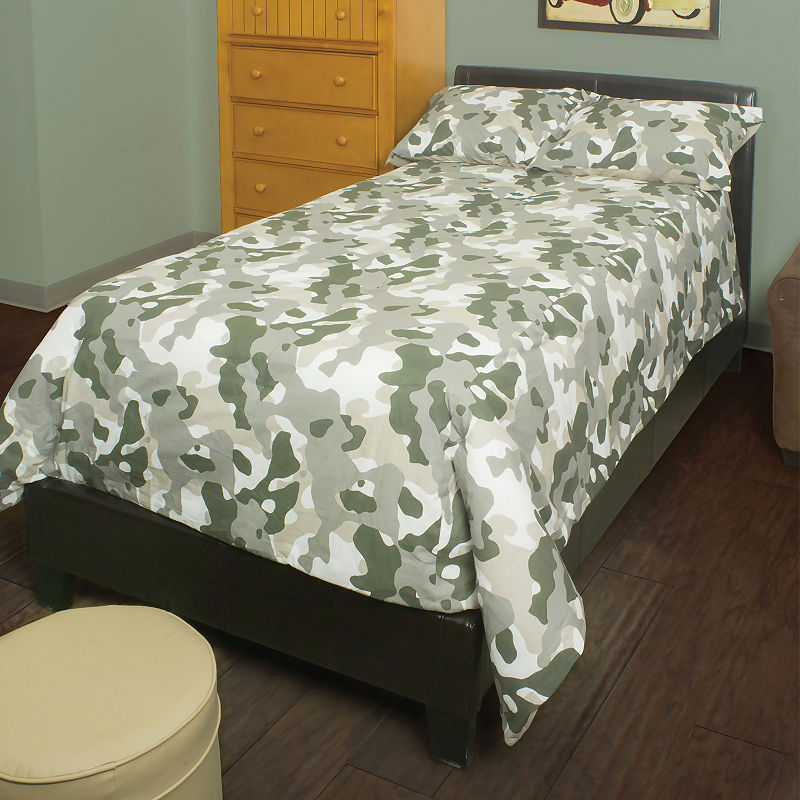 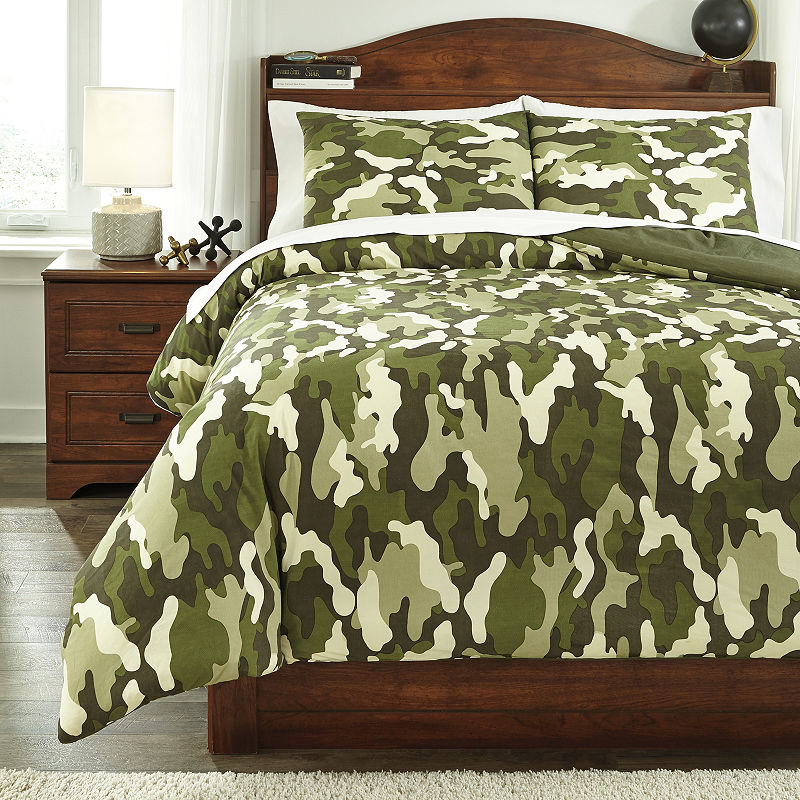 Ranging from light to dark blues 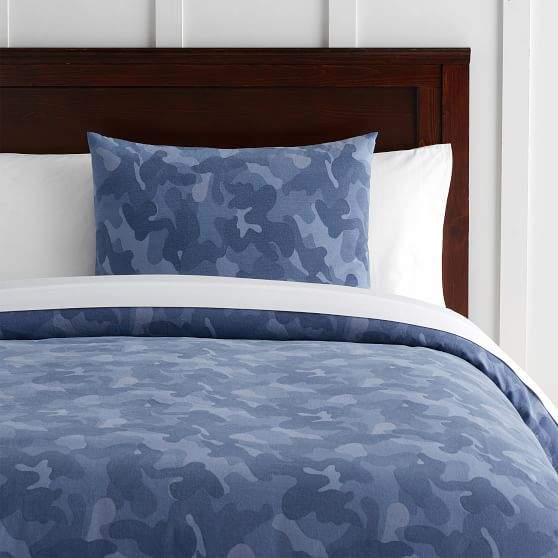 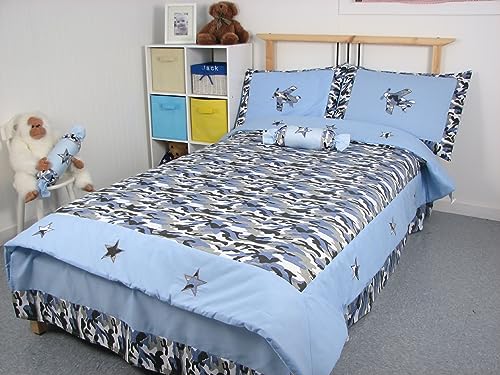 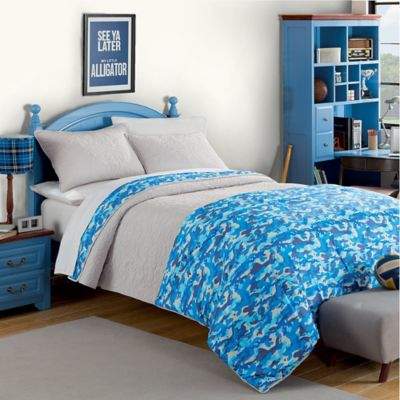 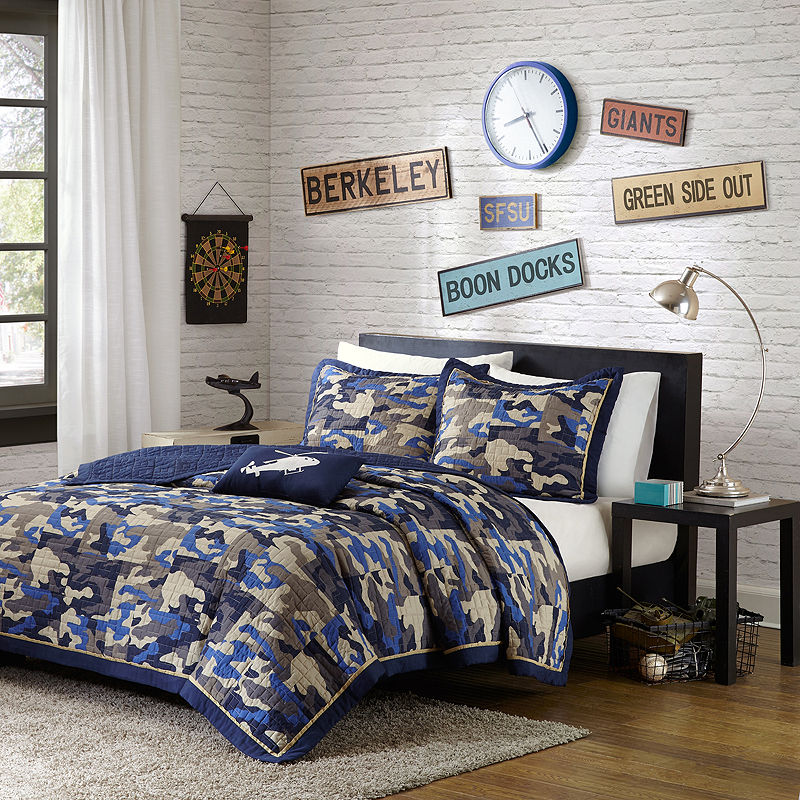 My Room Geo Camo Bedding Comforter Set
at Walmart.com
Kind of a blue gray color
Really like the different patterns within the camo
Twin and full sizes

Other Colors of Camouflage Bedding

Grays, pinks and even oranges! 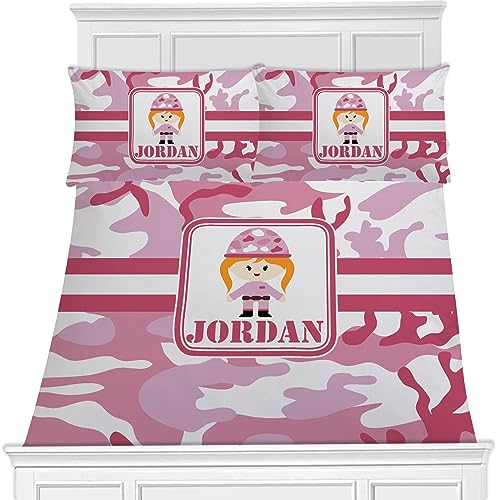 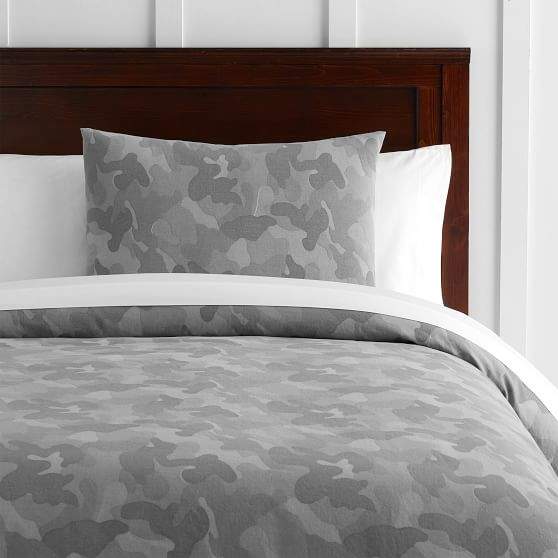 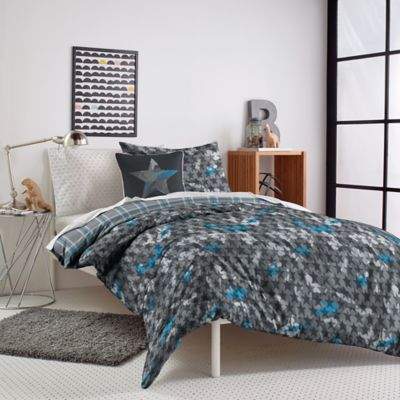 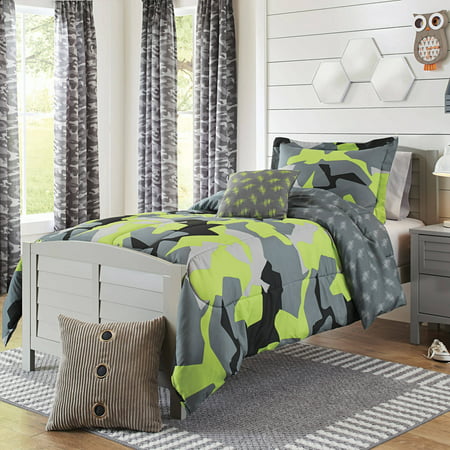 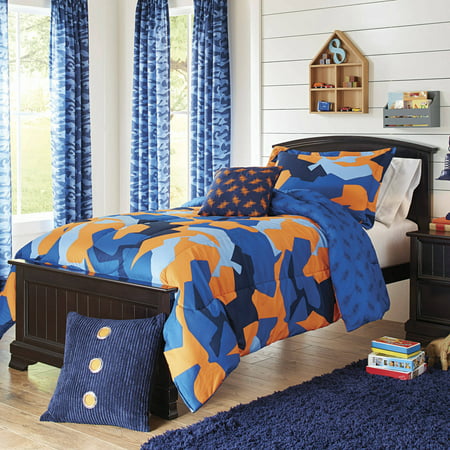 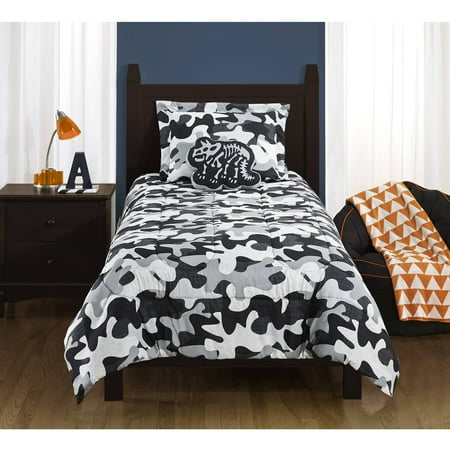 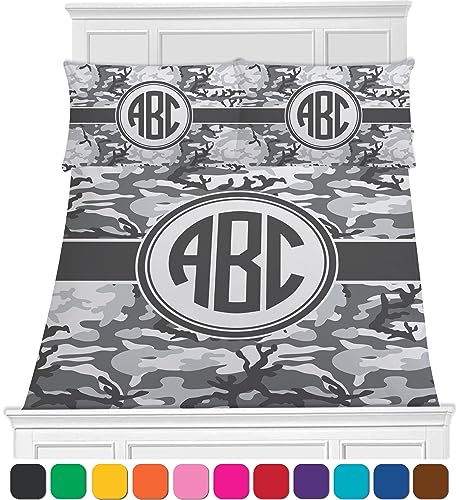 Stay hidden all the way to the core of the bed

Now, I’m not sure I’d want to pair up a set of camo sheets with a camo comforter. The JoJo design below is designed to coordinate with their bedding set, so it matches exactly and balances the camo and solid camel fabrics. But, if you aren’t willing to redo the entire room in camouflage, a sheet set is a good way to bring in just a touch without a huge commitment. 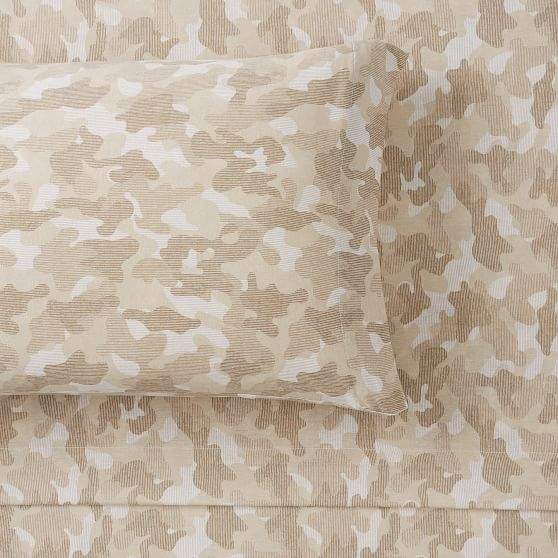 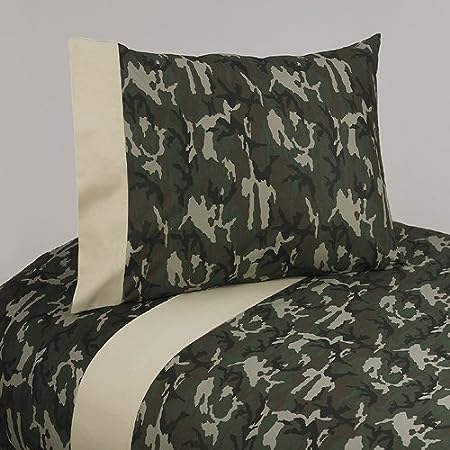