Ok – so really a lot of what you’ll find here is the minions. Which makes sense. They’re the absolutely adorable creatures everyone loves in the Despicable Me movies. (I am refraining comment of them being a rip-off of the Ravin’ Rabbids. I love them anyway.)

For the longest time, we had nothing at all for these guys, then all of the sudden – boom – they’re everywhere. About the only place you’re going to see Gru and the girls is on the pillowcases that use stills from the movies.

Despicable Me and Minions Bedding

Mostly just minions here, so lots of blue and yellow going on, but there some pink toward the tail end of the list, including some fluffy unicorns!

Despicable Me ‘Minions’ Comforter
At Walmart.com 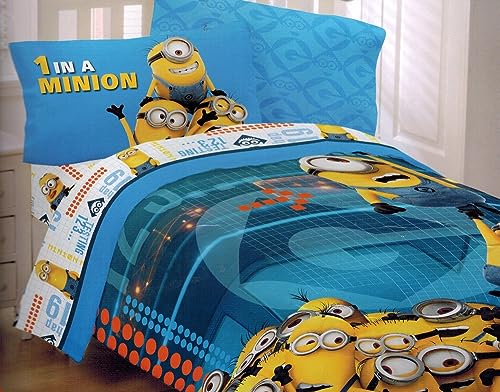 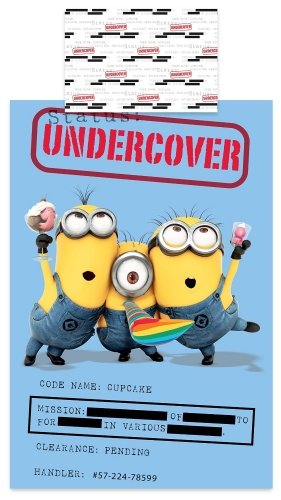 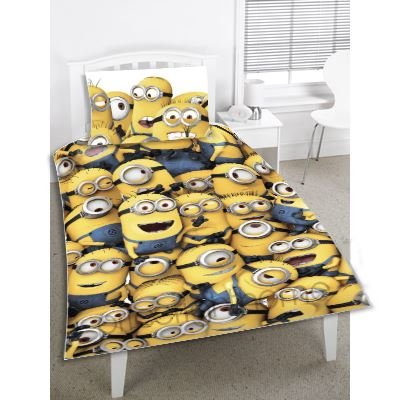 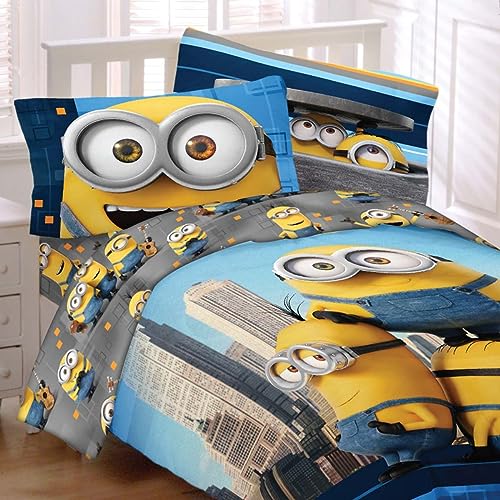 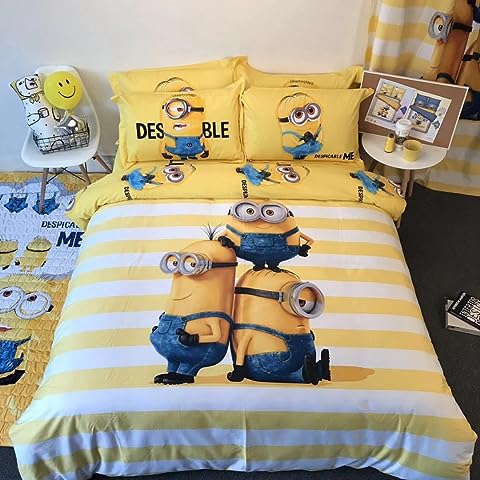 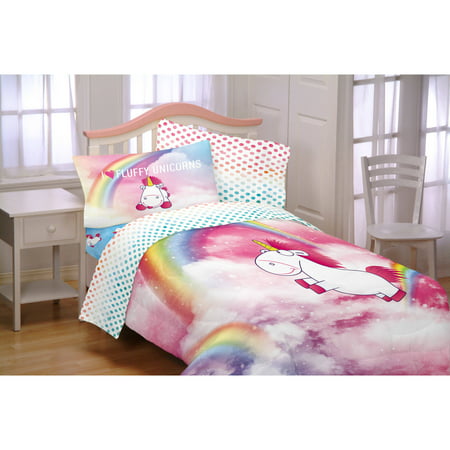 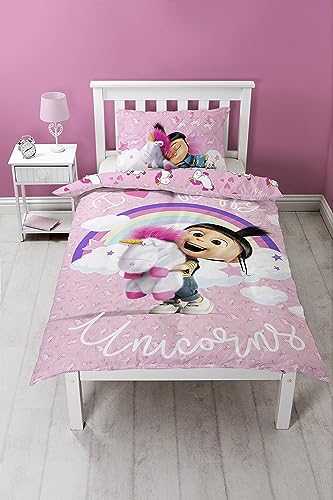 DESPICABLE ME “Daydream Unicorn” Duvet Set
At Amazon.com
Reverse side is an overall print of unicorns and rainbows 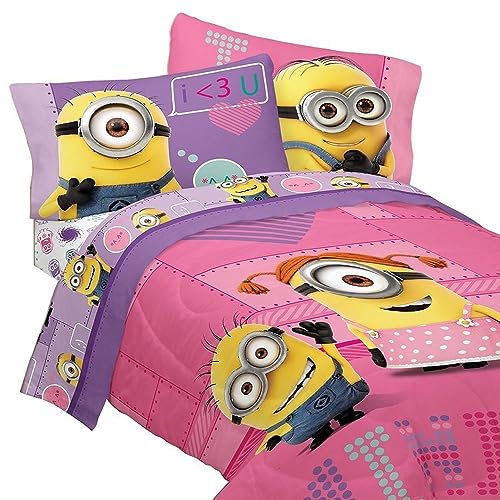 Despicable Me and Minions Sheets and Pillowcases 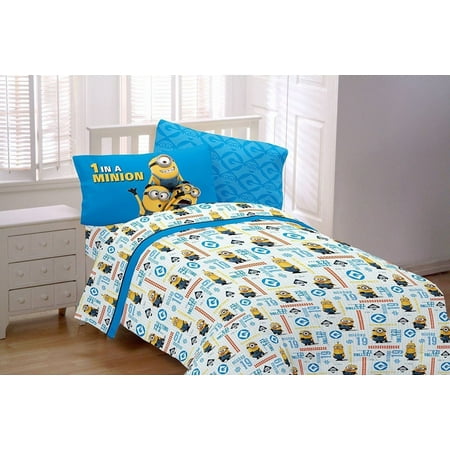 Despicable Me One in a Minion 4 Piece Full Sheet Set
At Walmart.com 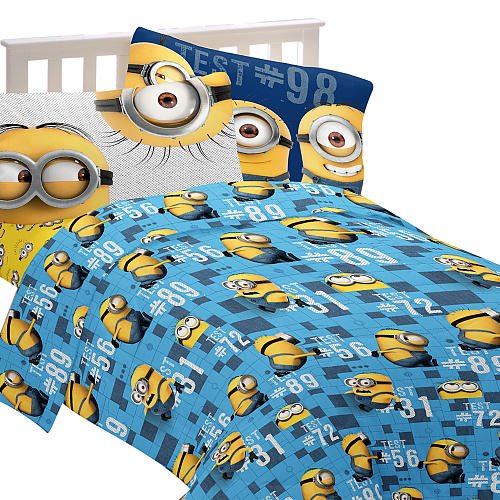 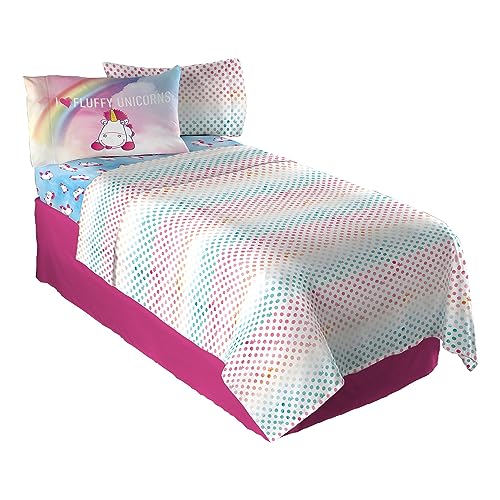 Unicorn Fluffy Rainbows Sheet Set
At Amazon.com
Fitted sheet is blue with unicorns
Flat sheet is an ombre rainbow pattern of dots
Pillowcase has a unicorn and words “I *heart* unicorns” on one side, dots on the other

Despicable Me and Minions Pillows and Blankets 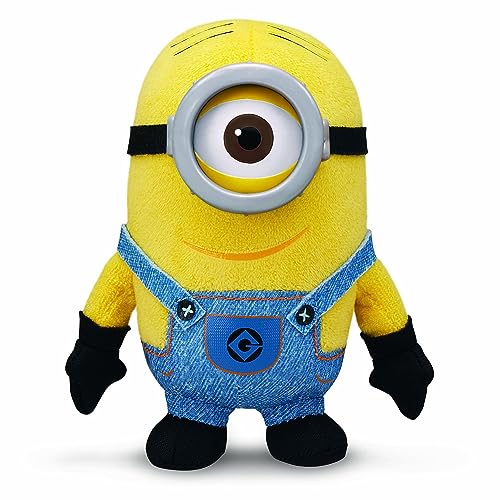 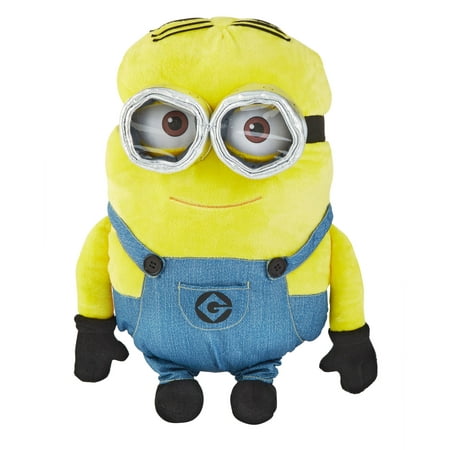 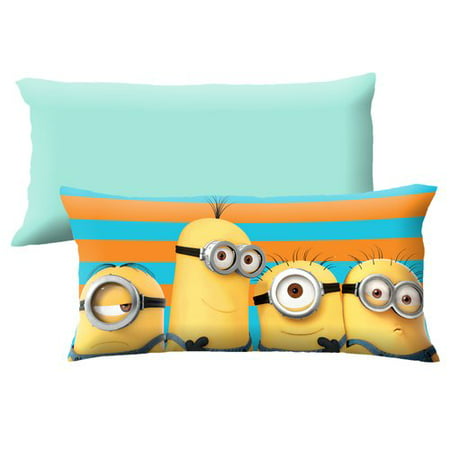 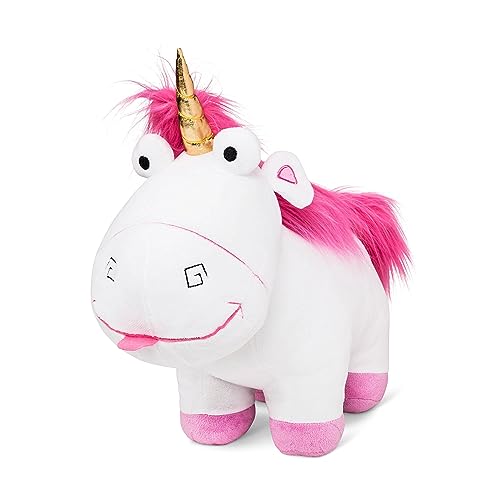 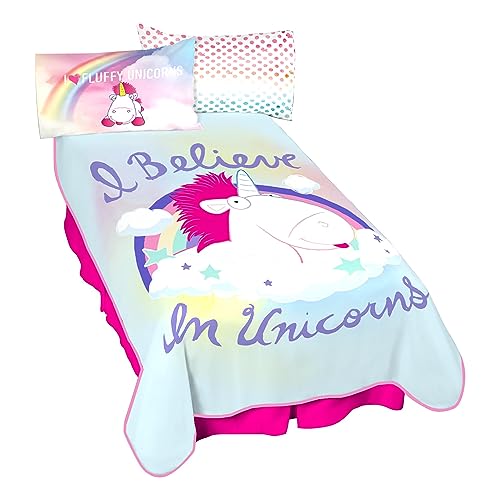 Fluffy I Believe in Unicorns Microraschel Blanket
At Amazon.com

Despicable Me ‘Minion Made’ Fleece Throw
At Walmart.com 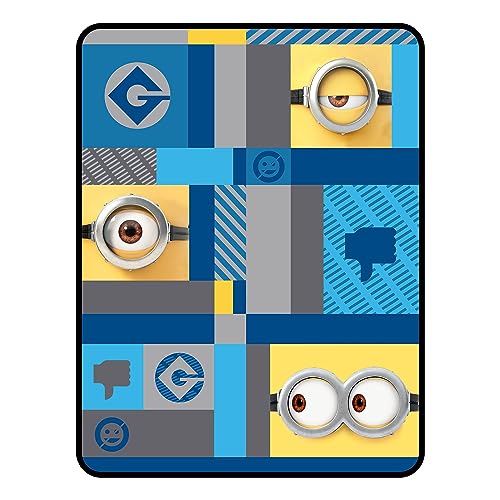 2 replies on “Despicable Me and Minions Bedding”

Hi, I’m looking for a one eyed minion plush pillow buddy. I already have the two eyed one. Did they make one with the one eye?

Well – I thought I had one on there. And might at one time. Just went out and tracked it down again, so it’s been added now.