Skull Bedding From Cute to Fearsome

When you think skull bedding, you might think hard-ass, creepy, bikers, tattoos. But ya know, some of these bedding sets border on down-right cute. There’s a range for all types, from winged tattoos style to cute pink designs.

And they aren’t just in black and white anymore; there are sets with pink, blue, green and red to choose from.

For younger kids, you might want to stick with the more cartoony designs. They’re cute and typically in more kid-friendly colors like pink and blue. Teens might like the more dramatic skulls that look a bit more like tattoos or Ghost Rider – the Ed Hardy set for example.

The styles I’ve chosen for this page come with crossbones, by themselves and occasionally with bows. The focus is definitely on designs that aren’t pirate-y kinds, though.

I know, it seems like a weird combination in some ways. After all, skulls are supposed to be tough and scary and edgy. So pairing them with pink might seem odd, but it’s a hot trend. Even with tough girls. Don’t believe me? There are as many bedding sets with pink as almost all the others combined! 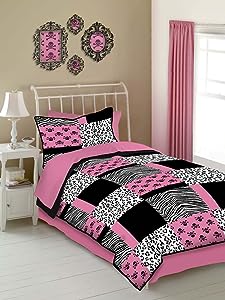 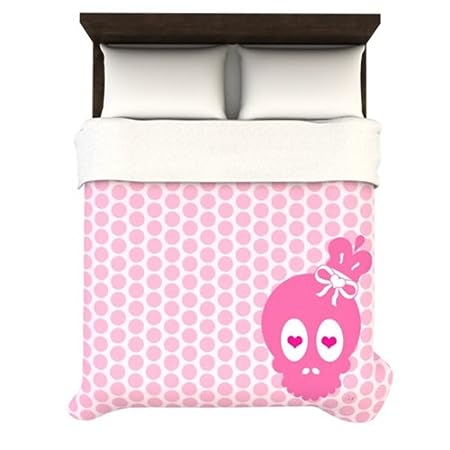 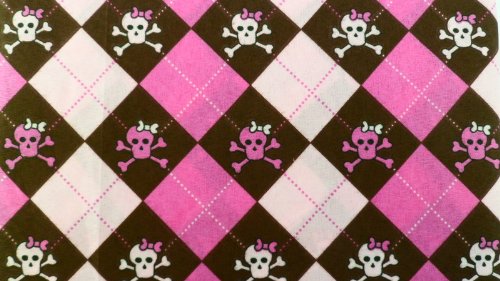 Now, these are like you expect to see them

Skulls are definitely supposed to be dark, right? These sets provide that effect, sometimes paired with a bit of red. But mostly a combination of black and white. 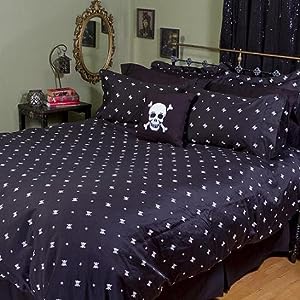 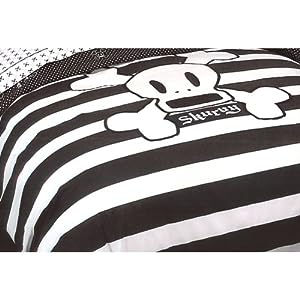 These sets are mostly white or cream with typically black as the design of the skulls. These are mostly sheet sets, which makes sense since they’re white. 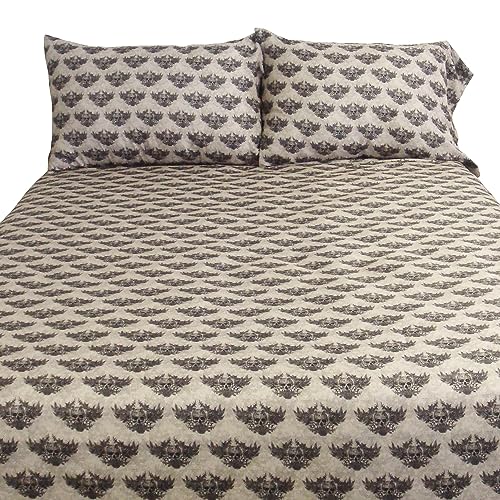 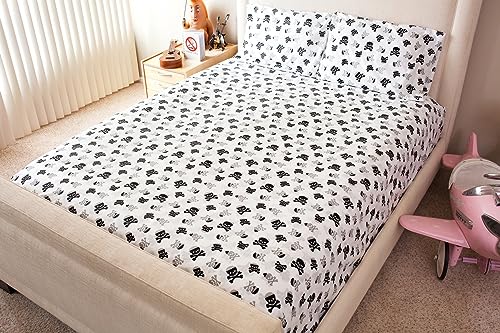 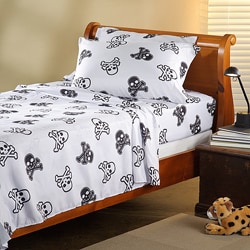 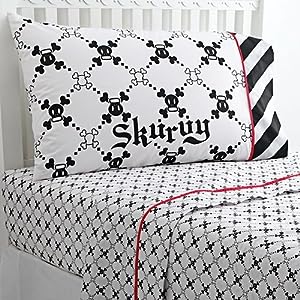 Other Colors of Skull Bedding

Here’s where we find the reds, blues and greens

Black and white are perfect color choices for skull designs, but sometimes you just need to go with a little bit of color. And not in a drippy blood kind of way. Instead, we have blue flowers, red eye patches and even a brown bedding set. 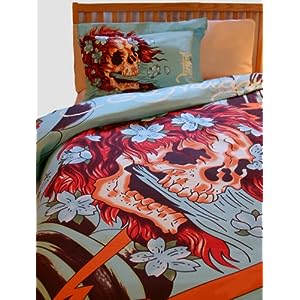 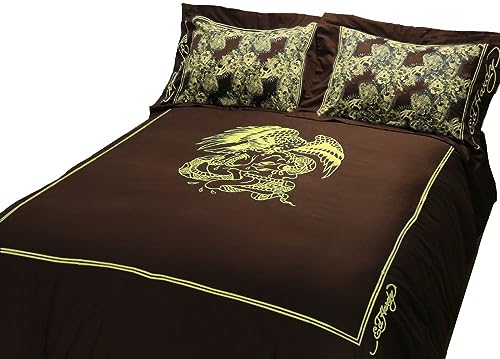 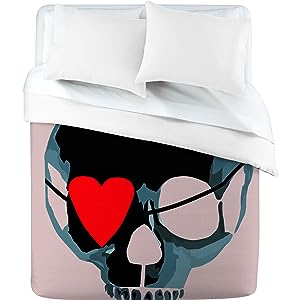 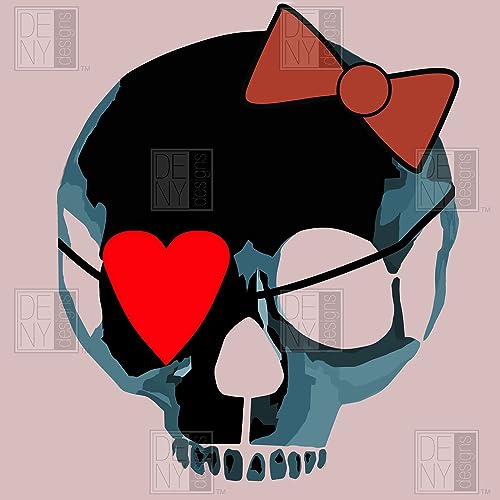 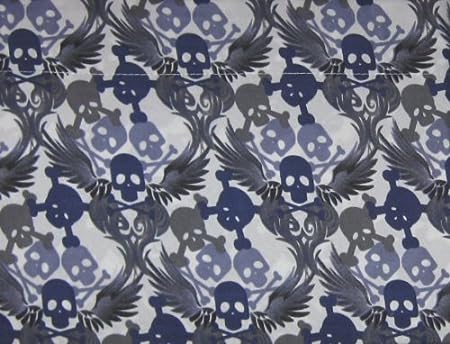 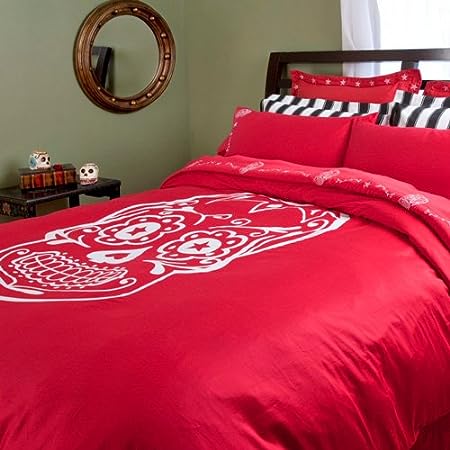 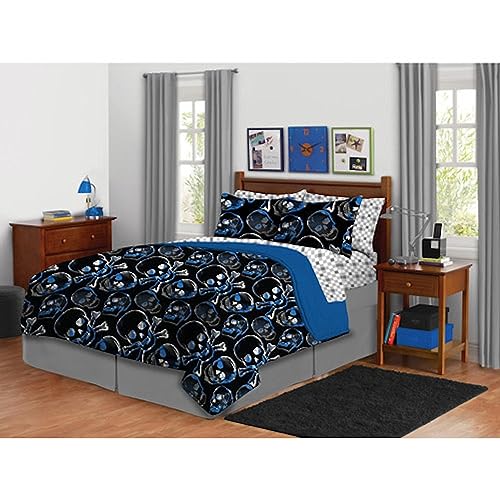