It’s the bat signal! Which means Batman will be sailing in to this bedroom quickly with great wall decals and graphics. Add the Dark Knight or his logo to the wall easily and quickly to put the final touch on your son’s bedroom theme. (Or yours. I’m not judging.) New designs recently added are based on the new movie – The Dark Knight Rises.

Your first choice here is definitely between movie images and the comics or cartoons. The first provides way darker looks, both in color and material. Especially from the latest movies with Christian Bale. The cartoons and comics take you back to the gray and blue versions of Batman and just seem a wee bit friendlier. That said, I do love the murals from the movies. Using the bat signal logo is great in a room where you’ve already incorporated a lot of Batman images. 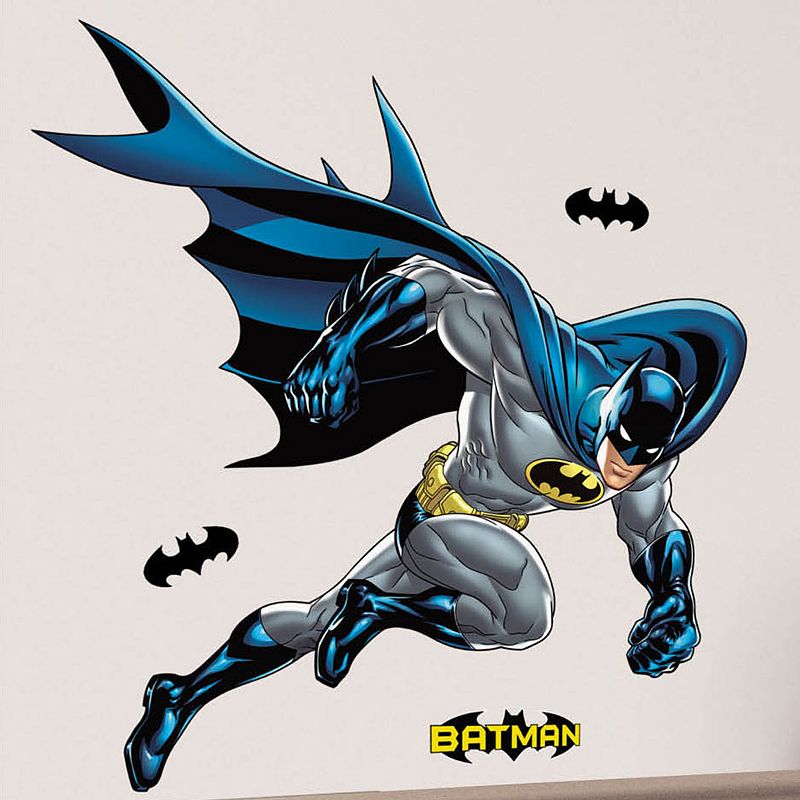 Gotham Guardian
At RoomMates
Six stickers to build one big one

Not much to say here. Pretty much the classic yellow oval with the bat inside. 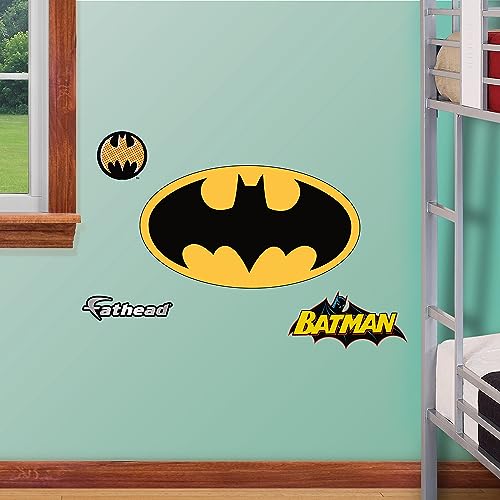 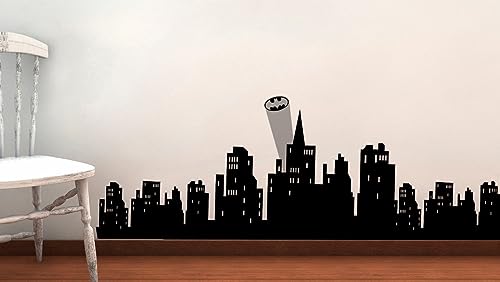 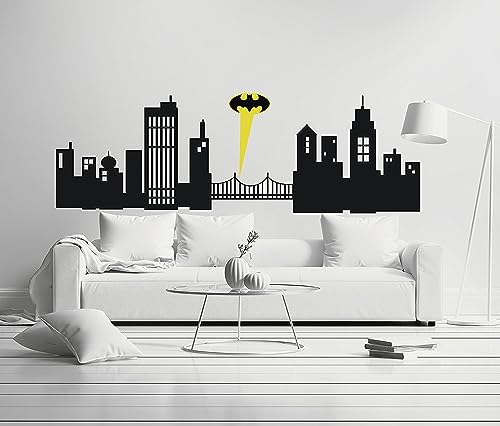 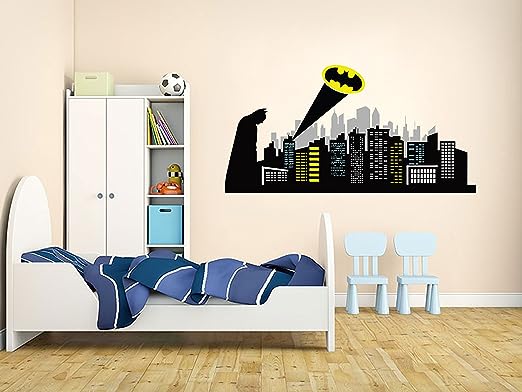 I used to have graphics that were just the villains alone, but they aren’t around much anymore. So, here’s Batman with his rivals, mostly. 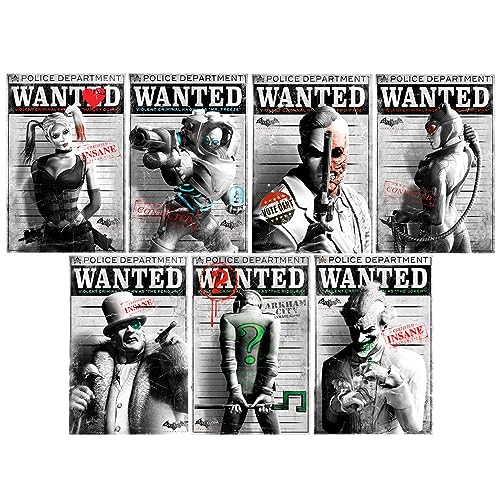 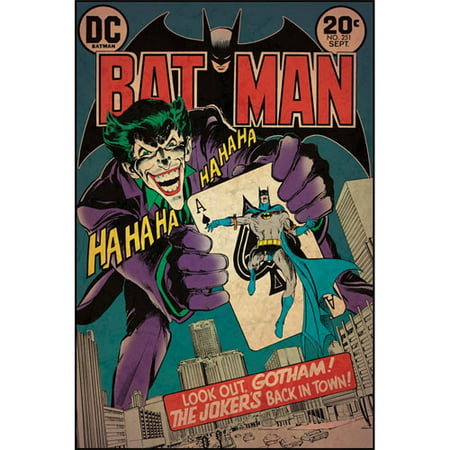 Batman and The Joker Battle
At Fathead.com 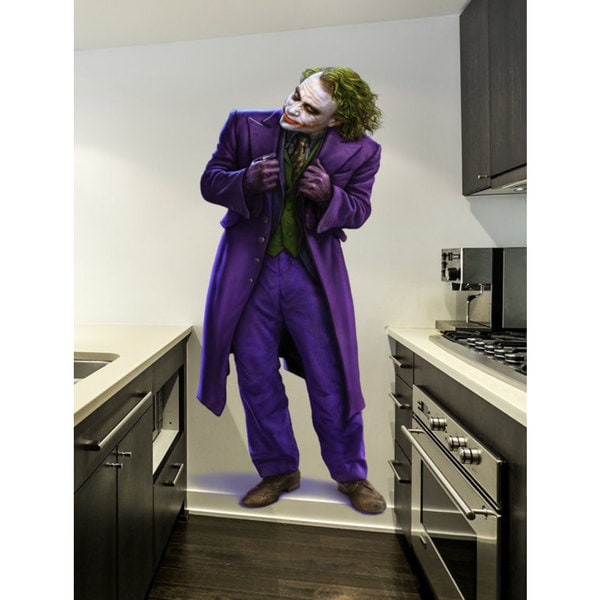 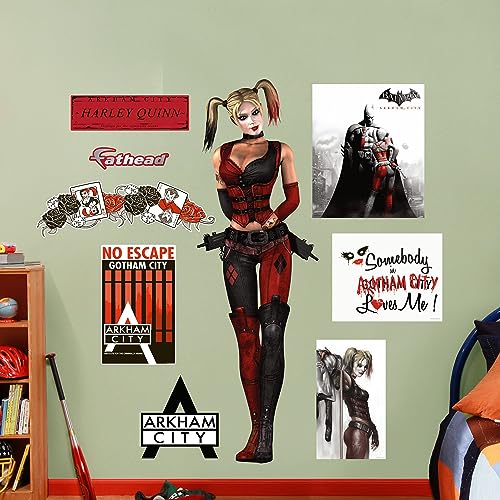 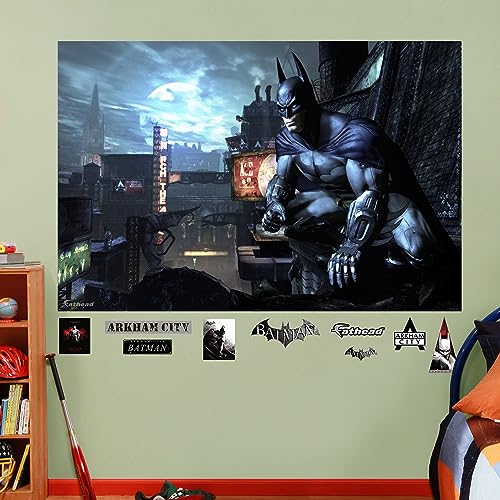