Mario Kart or Super Mario Galaxy? Old school Super Mario Bros or the new one? No matter what version, you can show your love for our favorite little plumber, his adventures and his friends with some cool Super Mario wall decals featuring art from the games.

Me? I’m definitely a Galaxy girl. (Seriously wish they would do a third one of those!) And I love the graphics for that game. But the penguin suit is definitely my favorite of the ones on this page. The images here come from several different games that feature the various characters from Luigi to Princess Peach to Bowser (boo!).

Ok, so let’s start at the very beginning, shall we? With images made famous from the first set of games way back on the old Nintendo machines. That said, most of these have definitely been CGI-3Ded to update them so they look more modern.

Super Mario Decals
at RoommatesDecor.com
35 stickers total
Includes Bowser, Toad and that annoying guy who flies around on the cloud 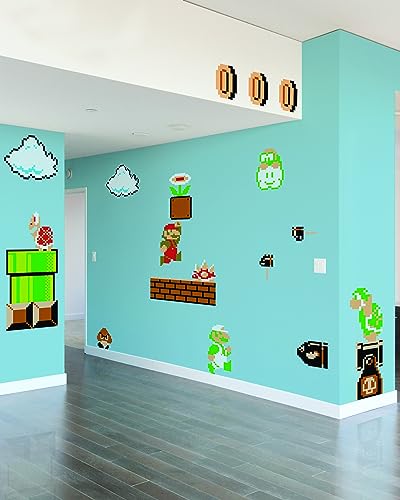 These are images from the new version of the game that came out for the Wii rather than the classic ones. This game drove me nuts! Mostly because I kept getting in my husband’s way and suck at jumping. Plus, I apparently think better in three-dimensions like in Galaxy than in the two dimensions of this one. (Had the same problem in Donkey Kong. Argh.) 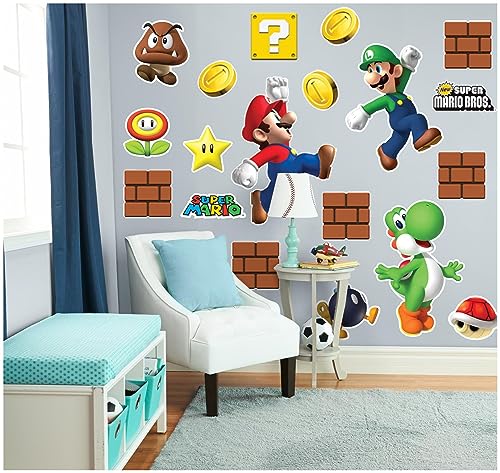 Super Mario Bros. Giant Decals
I love this one because of the brick pieces and coins
Decal sheet is made of vinyl and measure approximately 54″ wide x 44″ high.
Includes 3″ yellow Squeegee. Also includes full use and care instructions.

Whee! Off the cliff I go. Again. Ha. I love this game, and I swear I’m getting better at it. My preference is a nice heavy car most of the time, but the graphics here show a few of the characters in several of the vehicle options. 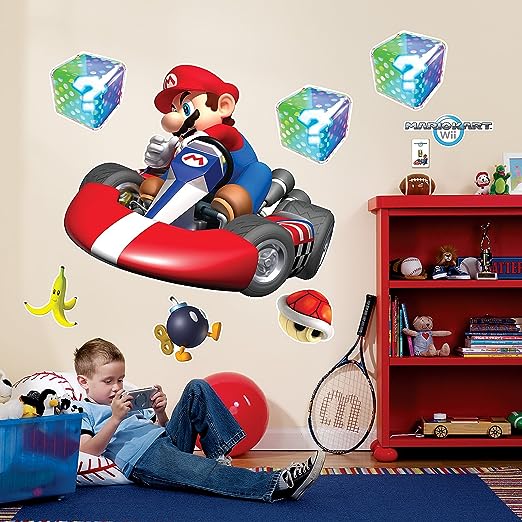 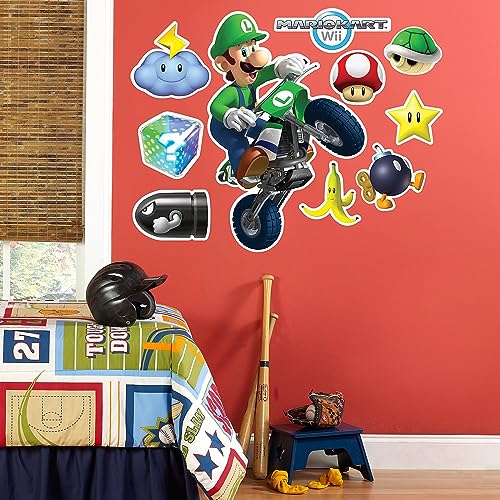 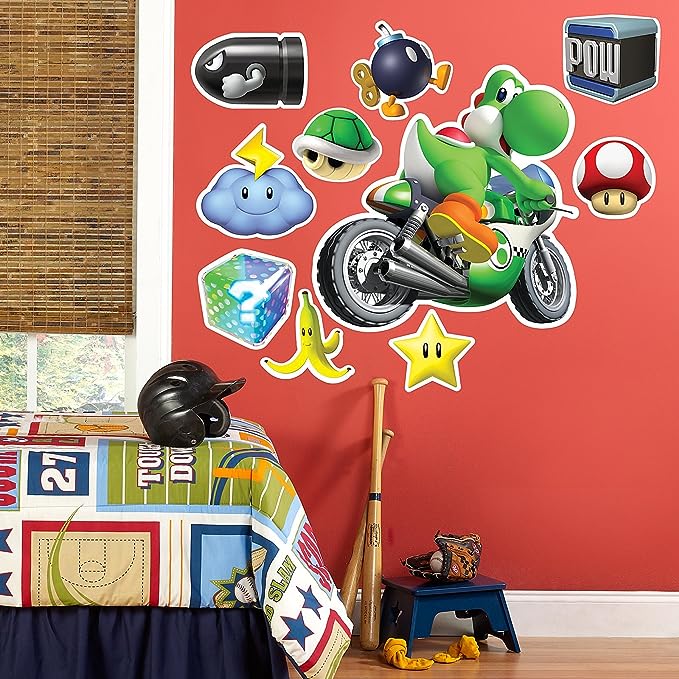