Take your bedroom from Clark Kent drab to Superman snazzy with decals, borders and murals featuring the Man of Steel. You can go with one huge Superman decal, lots of small ones or some really great murals that take up an entire wall.

Expect to see some new designs come out this summer once the new movie arrives. Finally. I swear we’ve had 14 Batman movies while waiting for this one! All the current ones are images from the comics and cartoons, so it will be nice to have a few photorealistic movie shots. Based on the ones for the Avengers last year, we should get large individual shots of Superman (probably even as Clark Kent) and any other major characters, as well as a few group murals.

If you want to paint the walls blue behind the stickers, that works fine as long as you account for enough contrast with the blue of Superman’s tights. You’ll notice the light blue choice in many of the pictures here.

If you’ve already got several images of Superman in flight or standing – let’s say on bedding or a blanket – you might want to stick with graphics using the “S” logo from his chest. Because it’s pretty much red and yellow, it’d look great on a blue wall, just like the blue of his suit. The one from Fathead is huge, of course, and would look great as a feature over the bed. The Alphabet Garden Designs one comes in much smaller sizes and a ton of colors, so you don’t have to use it in red or yellow if you’re going with a slightly different color scheme than the traditional primary colors. The just-released designs using images from the new movie “Man of Steel” give you the option for some darker shades of blue. 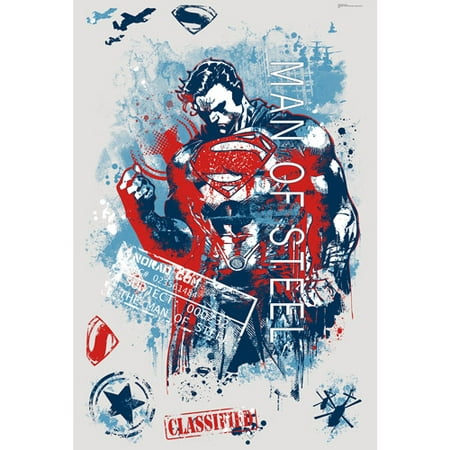 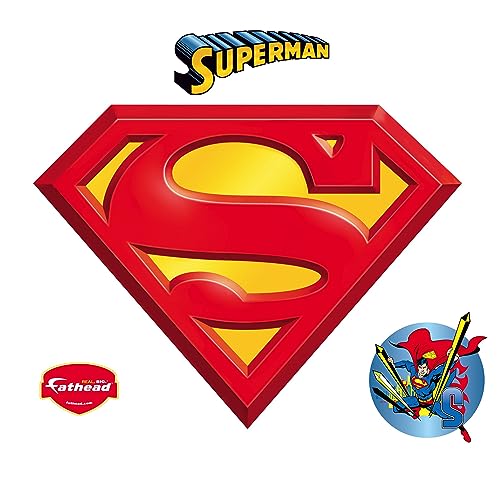 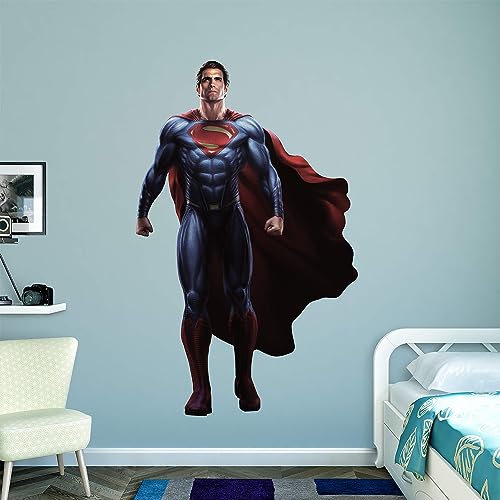 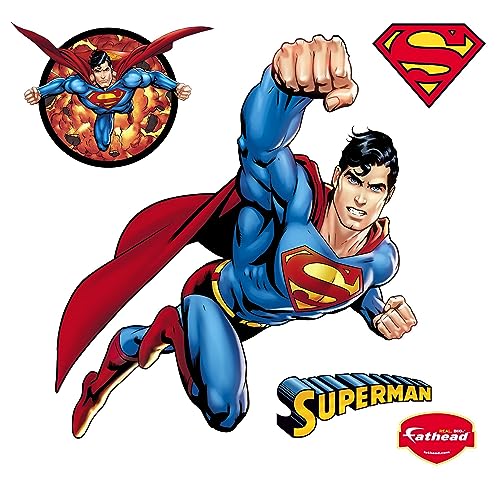 Man of Steel
At Fathead.com 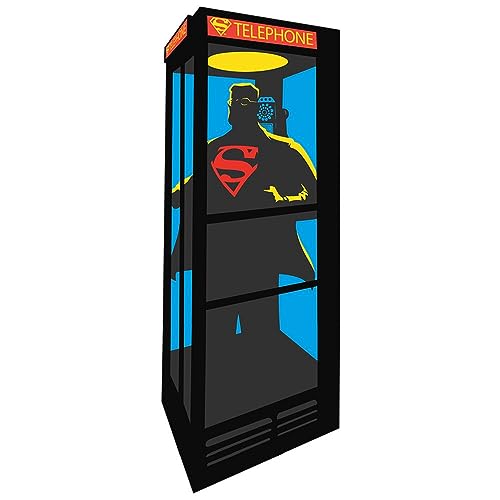 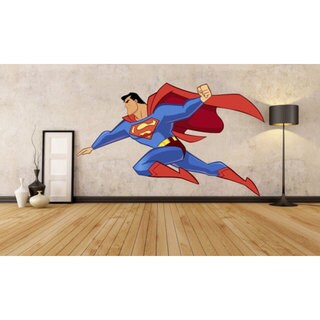 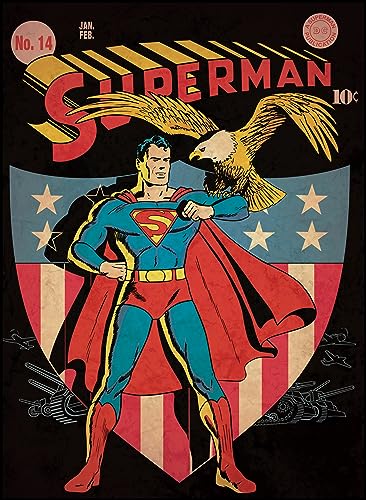 These are my favorites, I think. The comic book covers are just totally awesome as artwork and totally the issues a collector would want to have. The covers bring in a lot of yellow and allow you to go with a darker blue paint if you prefer that look. 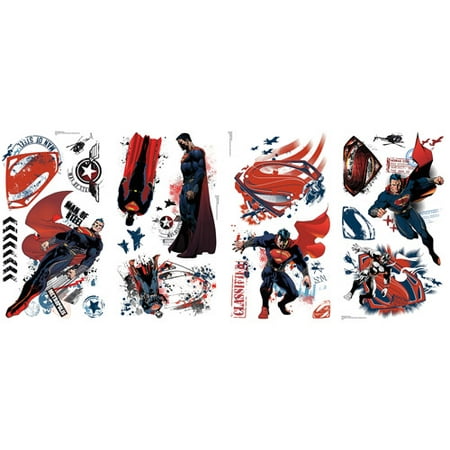 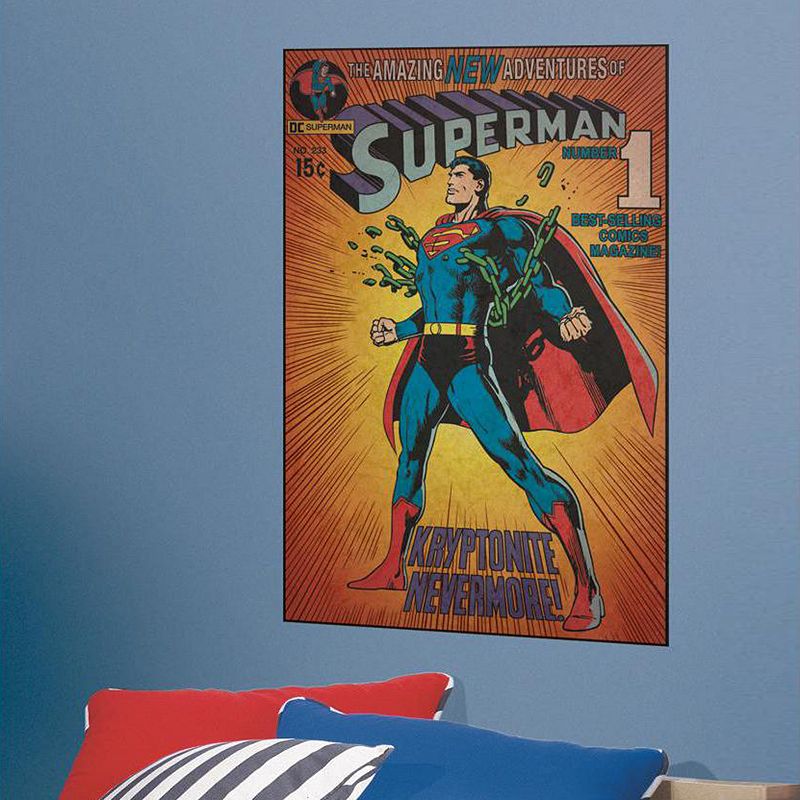 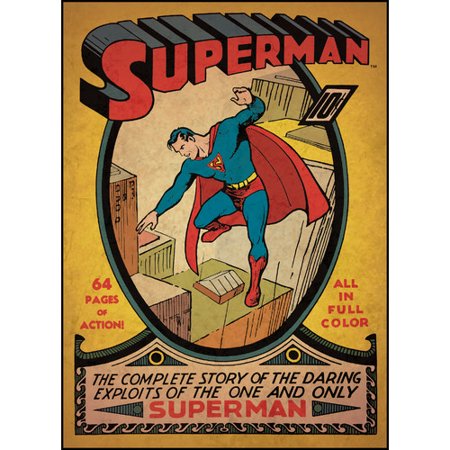 I’m not a huge wallpaper fan, but these are pretty cool, bringing in action shots over the city or repeating patterns of the “S” logo. They let you get the theme up in huge chunks to cover the walls. Nice in contrast to bedding with a bigger image on it. 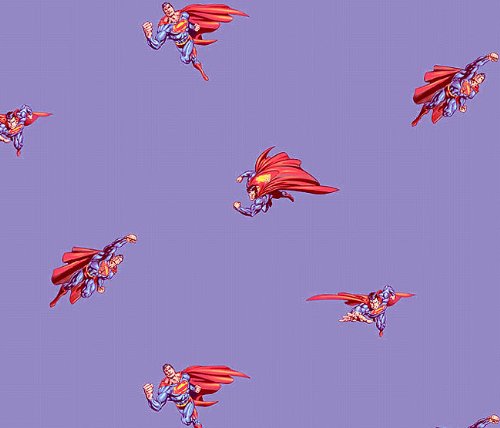 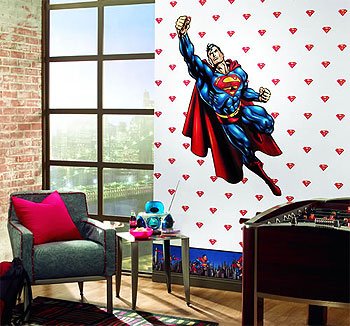 Go for big and dramatic

Great action shot here of the Man of Steel flying high above Metropolis.

Superman XL Mural 6′ x 10.5′
At RoomMates
Great size for over a chair rail
Comes in 7 panels
Not repositionable, installs like wallpaper
Large size has been discontinued so no more are being printed. Get it while you can! 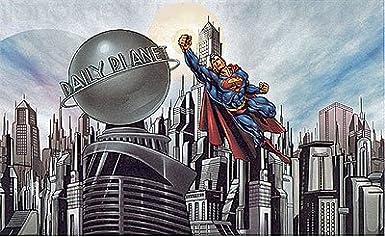