Simba, Timon and Pumba are marching across the wall of your child’s bedroom! It’s hakuna matata every day when you decorate with a Lion King theme in a nursery or child’s room. Choose from sticker collections with large images of characters or groups with smaller graphics. The smaller designs are great for using on furniture and other decor to add to the theme.

You’ll notice that all these images are of Simba as a cub, rather than later on. There are a few that bring in his dad so you get a grown-up lion, but for the most part, it’s cute baby Simba. Which makes sense as the designs pair up a bit with the new bedding lines, most of which are crib sets. 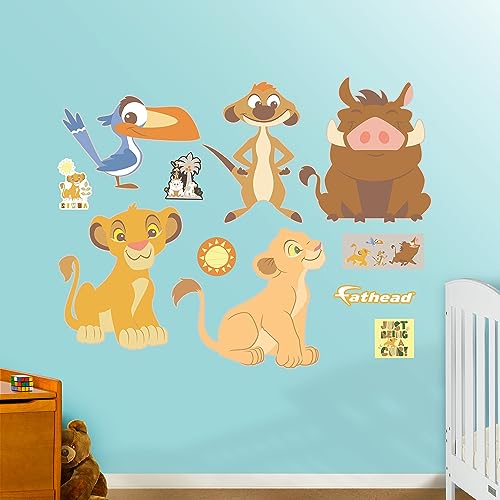 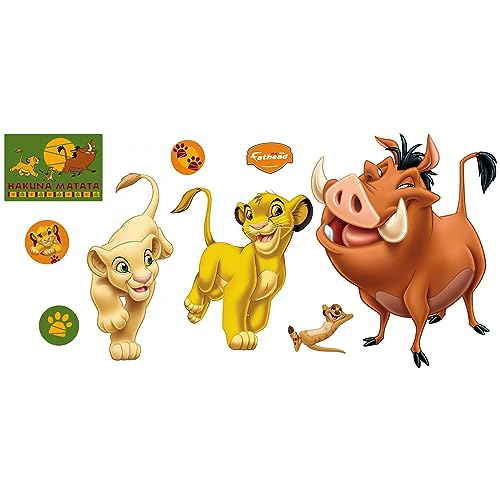 The Lion King Giant Decals
At RoomMates
17 stickers total, although several are used to build Pumbaa
Makes me want to break out singing because you know that’s what they’re doing

Small Decal Designs
At RoomMates
Collection of 48 stickers
All the main characters plus Scar, three hyenas and Rafiki (the monkey doctor dude)
Also stickers of their names and the cave drawings
Oooo – and grown-up Simba and Nala (or maybe Simba’s parents? Hard to tell.)